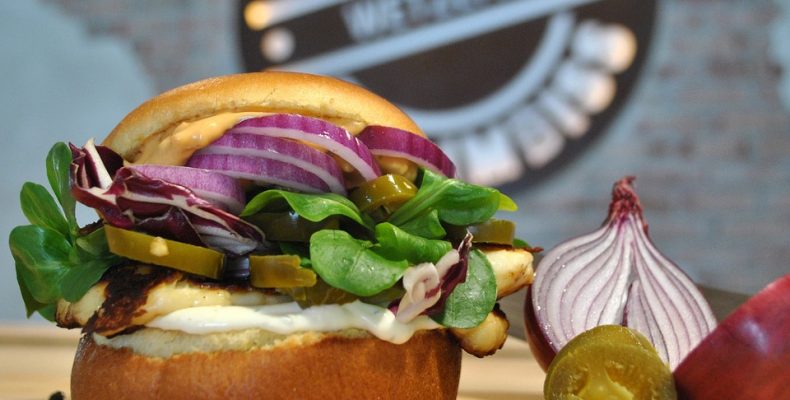 There’s a veggie-driven revolution going on in the food industry right now. Led by customer demand for meat alternatives (the number of vegans in Britain has risen by 360% in 10 years), more and more businesses are seeking to develop plant-based options. In a bid to differentiate themselves from competitors, companies have turned to innovative product development which, in some cases, has created an Intellectual Property (IP) opportunity.

In this article, Trade Mark Attorney Jill Matchett and Trainee Patent Attorney Dr Will Dean take a look at a handful of companies which have been able to develop new and exciting products, often making use of the scientific research behind the product development to successfully patent the formulation or how the product is made. They also discuss how to identify whether or not a product has the potential to be patented and the benefit of taking steps to protect the IP – not just with regard to patents, but also trade marks.

One company trailblazing the meat-free approach is Silicon Valley start-up Impossible Foods, which has created a vegan burger that actually looks and tastes like a beef burger. It is one of many businesses – others include Beyond Meat and Clara Foods – that appeal to those looking to follow a vegan, vegetarian or flexitarian diet (where people eat mainly a plant-based diet but occasionally eat meat). These organisations are no longer simply targeting vegetarians, but are also tempting traditional meat-eaters to buy their products, in order to make the global food system more sustainable and environmentally friendly.

According to Impossible Foods’ website, their plant-based burger ‘uses 95% less land, 74% less water, and creates 87% less greenhouse gas emissions than a traditional meat based burger’. The burger is made using genetically engineered yeast to create commercially useful levels of haem-containing proteins, similar to blood’s haemoglobin, which gives it a ‘meat-bleed’ character.

To protect the product, Impossible Foods has applied for a number of patents; recognising that their idea is commercially valuable and that the research behind it should be safeguarded from copycats. One of the patent applications is for a ‘ground meat replica’, which features a clever combination of previously-known ingredients that have a newly-recognised benefit when used together. This patent application describes taste tests performed by trained flavour scientists and laboratory tests to provide evidence that the products have a more meat-like texture, appearance and flavour as compared to traditional meat substitutes.

An older, but still important, example of an innovative meat substitute is the fungi-based Quorn food product. Rank Hovis McDougall, co-founders of the Quorn company Marlow Foods Limited, filed a family of patent applications in the early 1980s to protect the manufacturing process for making the Quorn meat substitute, as well as the product itself. Subsequent patent applications by Marlow Foods Limited have sought to protect further developments in relation to edible fungus products, building up a suite of IP rights. The exclusive rights gained from the granted patents helped Quorn to develop a strong market share and establish a now-famous brand. The eventual expiry of the original Quorn patents wasn’t a concern for CEO Kevin Brennan, when interviewed in 2011, as he was confident in the company’s strength of technical know-how. By that stage their brand was extremely well established.

This example highlights why, even where research and scientific innovation is at the heart of a company’s new product development and patent protection is possible, companies also need to ensure that names, logos and other identifiable elements are protected through trade marks. Savvy branding, early registration and protection of those brands in countries other than those where the product is first traded ensures that the brands are protected long term.

Together, patent and trade mark protection make for a powerful combination, so when patents expire (after 20 years), the brand is so strong that copycat manufacturers fail to make inroads into market share.

Another example of use of the IP system to obtain a strong foothold in the food and drink sector can be found in relation to dairy-substitute beverages, where there has been a consumer trend towards soy and nut-based milks. In this regard, WhiteWave (parent company of Alpro in Europe) has made its brands for plant-based consumables, establishing the names Provamel, Alpro and Silk. The company’s innovation in this area is protected through patents for processes to make dairy-free milks, and for formulations of the products. Protecting this innovation, together with obtaining trade mark protection for the brands, means that WhiteWave has gained market dominance in much the same way as Quorn did. The value of the brands and food technology in the WhiteWave stable was evidenced by Danone’s $12.5bn acquisition of WhiteWave, which completed in April 2017.

Is your product patentable?

The key factors to bear in mind when considering whether your idea is patentable are:

If the answer to these questions is ‘yes’, it’s worth thinking about protecting your idea using patents.

Examples of potentially patentable developments in the food and drink sector include:

In a lot of cases that we’ve seen, when time and effort have been put into developing and perfecting a new product or process, seeking patent protection was a viable option.

Companies have turned to innovative product development which, in some cases, has created an IP opportunity.