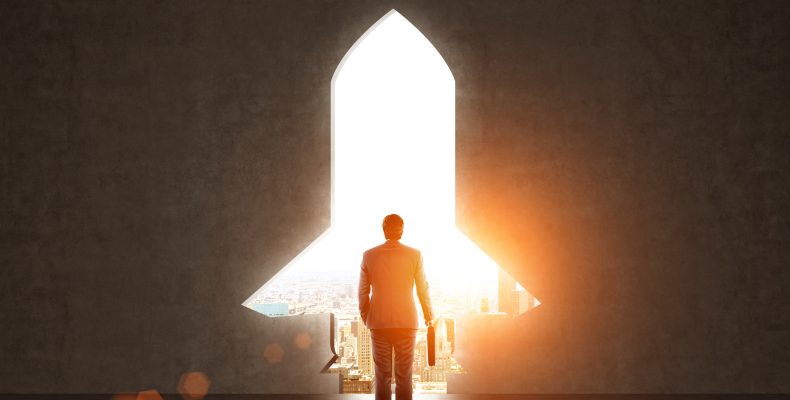 Is innovation the answer to regulation?

The debate about the consequences and impact of regulatory policies has always been controversial. It is clear that the implementation of new regulations can be an expensive burden for industry. Complying with regulations can increase costs or restrict companies’ freedom of action, but it can also spur innovation by encouraging (or sometimes forcing) businesses to adopt creative new methods and products for meeting regulatory requirements.

For many, solutions driven by the market and consumer trends would generally be preferable to those imposed by regulations. However, improvements and solutions that positively impact human and environmental health and safety have been driven by regulatory mandates, and will doubtless continue to influence R&D and innovation. Perhaps the best situation is when there is a combination of both – those occasions when the public and government are on the same page at the same time.

The pharmaceutical industry has always been an innovative sector, with large investment in R&D and high numbers of patent applications filed by industry participants. The medical sector is of course also one of the most highly regulated.

In recent years, an increase in environmental regulations has also sparked innovation in clean technologies in the automotive sector and energy industry.  For example, new fuel efficiency requirements and CO2 emissions forced the car industry to take a hard look at the way it was engineering and designing vehicles. Because manufacturers responded to the incoming new standards with a corresponding investment in innovation, the result has been a new wave of developments in the sector. These include new technology to make gasoline and diesel powered engines more efficient, the use of innovative lightweight materials, and growth of the electric vehicle segment.

Recent legislation passed in the US, Canada and the Netherlands has banned the use of microbeads from cosmetic and beauty products and the UK government has announced plans to ban microbeads used in cosmetics and cleaning products by the end of 2017. These small pieces of plastic have been widely used in toothpaste, exfoliating body scrubs and other household products and are thought to damage the environment. Many cosmetic companies are now replacing plastic microbeads in their products with natural alternatives.

An eco-friendly mineral alternative to polyethylene microbeads, which combines the natural hardness of volcanic rocks with spherical particles, was launched by Imerys Minerals in 2014. The company has sought to patent further innovation in this area relating to these perlite microspheres that have a modified colour, so as to enhance the user-appeal of products and compositions into which they are incorporated.

Meanwhile, the Italian company Bio-on has developed an alternative for microbeads based on PHA (polyhydroxyalkanoate) bioplastic, which is made from renewable and 100% biodegradable plant sources. With a growing patent portfolio to protect its innovation, Bio-on is positioning itself to be a leader in eco-sustainable chemical technologies and the industrial development of PHA production. The planned turnover for 2017 and 2018 from licensing their technology is reported as being approximately 68 million Euros, whilst a new production plant is due to start production early in 2018.

In 2014 the European Commission banned five parabens in cosmetic products and restricted the maximum concentration of other parabens and prohibited their use in specific products for children. Since then, being paraben free is an increasingly desirable feature of cosmetics, with more and more products advertising that they do not use the preservative.

These regulations are in step with the current market-driven trend for more natural and organic cosmetic products, which in turn has led to an increase in innovation in the cosmetic sector.

Meanwhile, plastic crockery and cutlery is to be banned in France unless it is made from biologically sourced materials. Although the law doesn’t come into effect until 2020, new alternatives are already being launched. Tackling packaging waste has also led the EU to approve new laws reducing plastic bag use by 50% in 2019 and more packaging and plastic waste related regulations are expected.

Although meeting regulations such as these has forced a shift towards new materials that enable recycling or composting, consumer trends have also stimulated the redesign of packaging and the development of new material for packing and take-away containers. The latest innovations in packaging have gone beyond biodegradable plastic alternatives, with many companies now developing plant-based alternatives.

Vessels and containers made of natural materials have been known for a long time, however disposable plates and bowls made from bamboo, sugarcane, and palm leaves have recently gained popularity.

Biotrem has developed disposable tableware made entirely from pure wheat bran and several patent applications have been filed for this innovation. Meanwhile, in 2015 Tetra Pack launched ‘Tetra Rex’, a bio-based drinks carton, pitched as the world’s first package made entirely from plant-based materials and manufactured exclusively from plastics derived from sugar cane and paperboard. There are numerous patent filings based around this technology, from a patented folding process preventing products coming into contact with the raw edge of the paperboard, to the packaging materials themselves and packaging containers made therefrom.

Edible cutlery and packaging has also been receiving a lot of attention lately. The US Department of Agriculture (USDA) recently revealed a prototype edible plastic film developed by its researchers. This is made from the milk protein casein, and is reported to be between 250-500 times better than plastic at protecting foodstuffs from oxygen.

The latest no-plastic viral sensation has been ‘Ooho’, an edible bottle created by start-up Skipping Rocks Lab. The company has used natural materials extracted from plants and seaweed to create a beverage packaging where the packaging is consumed as well as the drink itself.

Therefore whilst businesses, consumers and governments can have opposing views on regulation, we would hope that ‑­ whether driven through the creativity and determination of inventors, as a result of consumer demand, or due to legislation – innovation will continue to provide us with creative and effective solutions to the problems of today and tomorrow.

‘Regulations can increase costs or restrict companies’ freedom of action, but it can also spur innovation.’