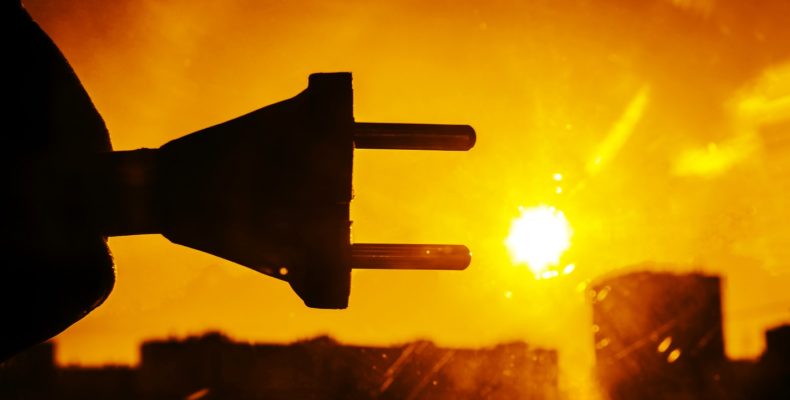 When I first became aware of solar panels they were powering calculators and the satellites circling the planet. Their common utility was reserved for the realms of high science or novelty stationery and a world where they might provide a major source of terrestrial power was a long way off.

Recently it was revealed that the City of London had invested in a 49 MW solar panel project in the Dorset countryside that will be a corner stone of the City’s effort to be carbon neutral by 2040. This announcement epitomises the rapid development of solar power from niche technology to vital element not only in addressing the climate crisis but also in delivering clean power to communities around the world.

A steep decline in the cost of solar power over the last few decades has made the technology commercially attractive. Between 2013 and 2018 the cost of new installations of solar power fell by around 50 per cent. Major contributors to this decline have been the scale up and automation of manufacture. However, increased efficiency has also played a part. The first solar panel considered suitable for domestic use was created by Bell Laboratories in the 1950s. The silicon cell developed had an efficiency of around six per cent. Silicon cells still remain the dominant solar panel technology, but developments in chemistry of the cells has boosted their efficiency to 20 per cent or greater.

Surface passivation of the silicon layers used in most commercially available solar cells has improved the stability and therefore the efficiency of the cells. Plasma deposition of silicon nitride onto the silicon surface has been the method of choice, introduced in the mid- 1980s. But more recently, the adoption of aluminium oxide passivation has pushed efficiencies even higher.

Ensuring that all of the light that falls on the panels is utilised rather than reflected has also boosted efficiencies. This has been achieved with anti-reflective coatings, which reduce the difference between the refractive index between the air and the glass allowing the panels to capture more light by reflecting less of it. Similarly, chemical etching, a process that textures the wafers, provides a surface with a greater surface area that is able to trap more of the incoming light. Finally, resilient, stable and – importantly -highly transparent encapsulant materials have been developed, allowing an ever widening range of wavelengths to reach the semi-conducting material.

The efficiency improvements provided by these developments have contributed to bringing the cost of solar power down and enabling investments such as those made by the City of London.

It goes without saying that developments have not stopped. Efficiency is still the focus and there is every indication that it will rise further. Alongside improving the efficiency of traditional silicon based cells, the efficiency of Perovskite based cells has been improved from around 13 per cent in 2013 to 25.5 per cent in 2020. Perovskite based cells make use of cheap and readily available lead or tin halide based materials as the light harvesting layers; and recent production methods have investigated 3D printing. All these factors combined promise a low cost, high efficiency cell that will further bring down the cost of solar power.

Challenges, however, remain. The cells have a low stability, the perovskite materials being reactive with both moisture and oxygen. In some cases the materials are even thermally sensitive, which is not ideal for a product intended to bask in the sun from dawn until dusk. But these issues are not insurmountable and the first perovskite based cells are not far away. An Oxford based solar technology firm hopes to bring silicon-perovskite combination cells with an efficiency of 27.3 per cent to market in 2021.

In other areas of development, efforts are being made to move away from the cells now seen on the roofs of houses and in the fields of Dorset. Several commercial companies have brought to market transparent solar cells, which capture the energy of wavelengths in the UV and IR regions whilst allowing the visible light to pass through. These cells could capture excess energy passing through windows or recapture waste light emerging from computer screens. Some of the technology developed comprises a film of organic compounds laid over a traditional glass window pane. While currently it is not possible to retrofit this technology, it is feasible that in the near future the numerous glass buildings of the City could become solar power stations in their own right.

As in so many other fields, graphene is beginning to have an impact on the field of solar energy. Researchers at MIT have developed a method of producing transparent and flexible graphene based solar cells that can be applied to any smooth surface, raising the possibility of a world in which every surface is passively providing a source of clean electricity.

Graphene layers have also been deployed to produce a solar panel that generates energy when the clouds roll in and rain begins to fall. The novel panel, which integrates traditional silicon based solar cell technology with a triboelectric nanogenerator device to create a light weight panel that generates power from the passage of water droplets across the surface.

In this highly innovative and competitive field, the patent system ensures that inventors and businesses retain control of their work whilst allowing the wider community to use the learnings to support further innovation leading to a clean and exciting future.

If you would like to discuss energy innovation further, then please contact the author, Gareth Ashworth, or your usual Barker Brettell attorney.

A steep decline in the cost of solar power over the last few decades has made the technology commercially attractive.