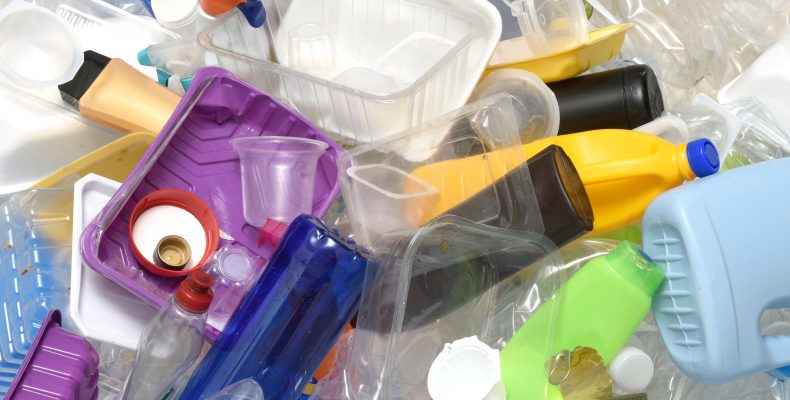 Black plastic: the black sheep in the recycling industry

In the UK, it is estimated that one million tonnes of plastic packaging goes to landfill every year. The 2015 Plastic Europe Report predicted that our consumption of plastic will double in the UK over the next 20 years, so inevitably even more plastic will end up buried underground. Consumers usually encounter plastic packaging in the form of food trays, pots and tubs used for packaging ready meals in supermarkets. Most local authorities in the UK will collect such plastics for recycling; however this does not necessarily mean all such plastics end up being recycled.

This is particularly true for black plastic, which uses black pigments based on carbon black (a form of carbon) as a colourant. Black plastic is particularly favoured in food packaging as it makes food stand out on supermarket shelves. One primary reason for its widespread use is that it can be produced by integrating black carbon into low-cost multi-coloured plastic waste; making it cheaper than most other types of plastic. Carbon black has good dispersion and masking properties, enabling other colours to be mixed together and manufactured into black items.

In theory, black plastic can be recycled like most other recyclable plastics. However, the pigments based on carbon black cannot be detected by traditional optical sorting methods used in most material recovery facilities or plastics recovery facilities, which separate plastics into different polymer streams to be recycled into other materials. The black pigments strongly absorb light in the near infrared (NIR), meaning no light is reflected back into the NIR detectors for identification. The result is that black plastic ends up as unsorted residue destined for landfill, or in the worst case, in our oceans.

An alternative solution is to improve the technology for sorting black plastic. In 2011, the Waste & Resources Action Programme (WRAP) published a study on the development of NIR detectable black plastic packaging. This study was conducted in partnership with Marks & Spencer, Sainsbury’s, packaging manufacturers and colourant suppliers, and explored various approaches to tackle the problem including: improving existing physical sorting methods; development of new spectroscopic techniques for identification; the addition of detectable markers; and developing new  NIR detectable colourants. Of these, only the use of new NIR detectable colourants was shown to be effective with existing NIR based sorting facilities.

However, currently adding these colourants to plastics is more expensive than using traditional pigments based on black carbon. Further development work is expected to bring costs down to enable wide-scale adoption of such pigments. For example, in July 2017, the EU awarded £1.47 million to a consortium of plastics manufacturers and reprocesses to develop novel NIR detectable colourants. Furthermore, in 2018 a Wales-based company, Colour Tone, unveiled a new range of dyes that are detectable with NIR radiation, with its UK patent GB2534594 granted in 2017 protecting the iron chrome oxide based pigment blend.

So what are the next steps? Along with other types of plastic recycling, the problem of black plastic is now being tackled, but this is not a quick or easy problem to solve. Nevertheless it is expected that further collaboration between businesses and charities, as well as new government funding, will help drive the plastics industry to find a solution to this environmental issue.

The pigments based on carbon black cannot be detected by traditional optical sorting methods.