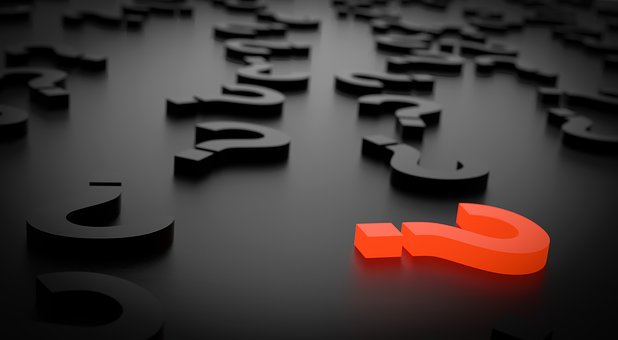 Why use a patent attorney?

New figures obtained from the UK Intellectual Property Office reveal that applicants who use a representative to file their patent applications are almost twice as likely* to get a granted patent than those who choose to file their own application.

In other words, hiring a representative almost doubles your chances of getting a patent, which is probably why six times more applicants choose to use a representative, as opposed to going for the DIY approach.

The data, released under a freedom of information request to the UK-IPO, is discussed in more detail below.

However, if you’re still not convinced, and want to file an application yourself, leading IP specialist Barker Brettell shares its top tips to help you avoid the potential pitfalls of an unrepresented application:

If the examiner finds a document that means your claims aren’t novel or inventive, you can only amend your claims to make them narrower if the extra detail is already in the application. If the detail isn’t there, you’re stuck.

That’s why an IP specialist will ask questions and probe to find out as much as possible about your invention at the start.

This is referred to as “sufficiency”. If your application would not enable someone to work your invention, the application will be refused. And – see point one above – if you realise during examination that you missed out some crucial details, it’s too late.

If you’re not using a patent attorney to do the job for you, it might be helpful to talk to a friend, in confidence, who doesn’t specialise in your area and see if there is anything they think is not explained well enough.

It is fairly standard for an examination report to say that your invention is not new or inventive – you need to look at examiner’s objections and find a way around them, without just giving up.

It is almost always good advice to start with a claim that is as broad as possible. Your patent only protects things that fall within the scope of the claims, so you don’t want it to be any narrower than it needs to be, as this reduces your protection.

If you have gone for a very broad claim, it may not be surprising when you get a lack of novelty objection – so long as you have the features you want elsewhere in the application, you can then narrow the claim to avoid the objection.

Some words can be interpreted very differently by different patent offices. You might think that a “means for connecting two pieces of wood together” would include glue, nails, screws, string etc., and before the UK-IPO you would be right. However, the US patent office might interpret “means” as specifically meaning nails, if the use of nails was all you described in the application.

This is just one example of many very pedantic points we do our best to take care of for our clients.

Various types of subject matter are excluded from patentability. The exclusions vary between countries, but the general trends are to exclude things not seen as technical (e.g. business methods and games), and also things that could stop doctors doing a good job (e.g. methods of treatment).

We have a lot of experience in handling patent applications which fall close to the line of what is excluded and what is not. We can offer advice on patentability prospects and draft the application to emphasise the technical character of the invention.

We keep up with decisions and law changes in the area [1] to make sure that we are offering sound advice.

The difference in interpretation of specific words mentioned above is just one example of many differences. For example, business methods in and of themselves can be protected by a patent in Australia, but not in the UK.

Similarly, some European countries have ‘utility models’ – these are basically short-term patents, often with lower requirements for protection. If your invention is new but unlikely to be seen as inventive by the UK-IPO, you may still be able to get some protection elsewhere.

IP specialists, such as Barker Brettell, can advise you on where and how best to get protection for your invention.

If you would like to speak to a patent specialist to clarify any of these points, or for a general discussion please call Katie or Callum on: 0121 456 0000; or contact them via email: info@barkerbrettell.co.uk.

We made a Freedom of Information request to the UK Intellectual Property Office (UK-IPO) to get some unbiased, independent data.

Based on all patent applications filed between 2000 and 2008 which have been examined by the UK-IPO, having an appointed representative increases your chance of the application being granted by 76%.

Specifically, overall 69% of these applications were granted, but if you sub-divide this according to whether or not the applicant was represented, only 41% of those filed by unrepresented applicants was granted, as compared to 72% of those filed with a representative. 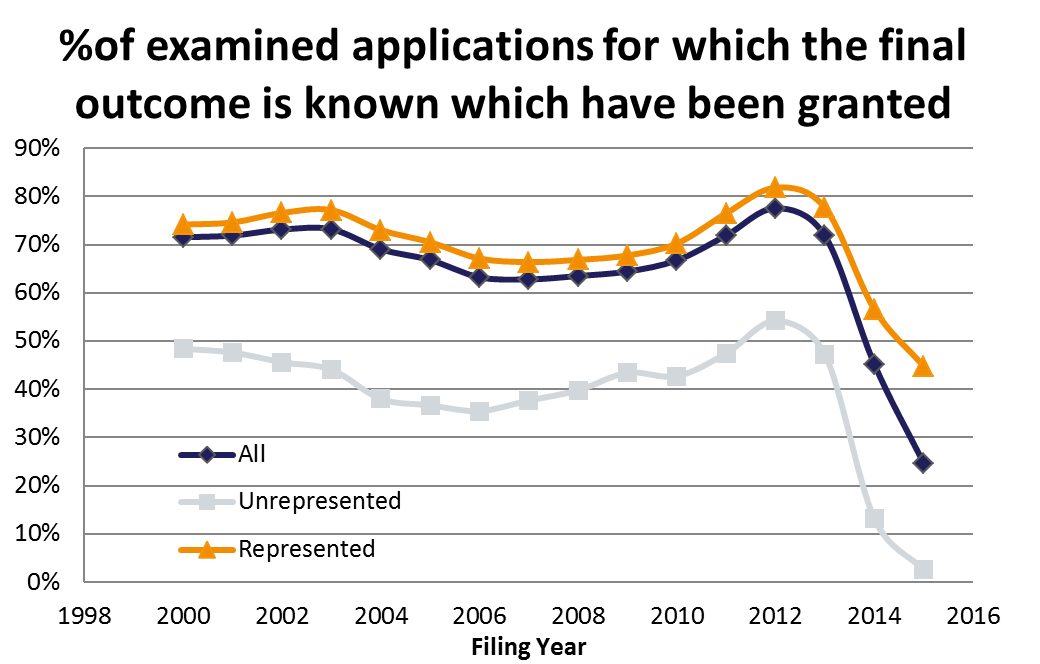 This data variability for the most recent points on the graph is due to a lot of the more recent applications still being pending – we don’t yet know if they will be granted or not. The percentages shown in the graph for these points are based on relatively small numbers of filings that aren’t necessarily representative of the total. Nonetheless, the represented applicants are still doing a lot better!

Hiring a representative almost doubles your chances of getting a patent.