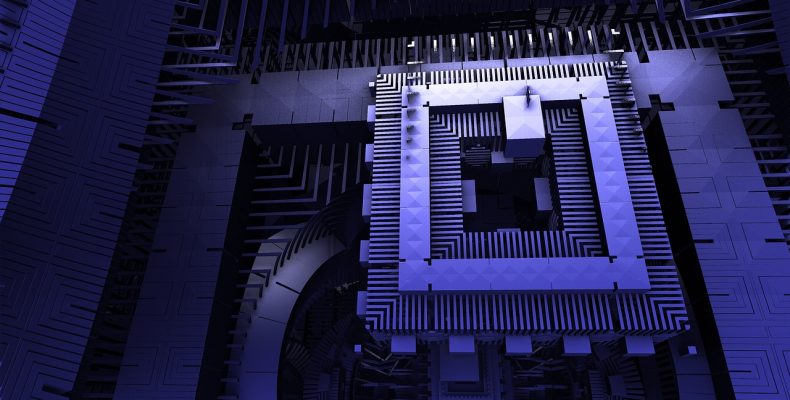 Quantum computing and the patent profession

This article was previously published in LexisNexis in the TMT analysis section of the September 2018 edition.

Can quantum computing benefit the patent profession? Toby Gosnall and Oliver Pooley discuss the issues surrounding the adoption of the patent process to cutting edge technologies that defy easy definition and replication.

What is quantum computing?

In quantum computers, the bits used in ‘classical’ computers are replaced with ‘qubits’. The qubits can still represent zeros and ones but can also make use of the rules of quantum mechanics. Therefore, when under the correct conditions, the qubits can also form a superposition state — where a qubit is both zero and one at the same time.

Quantum computers make use of these superposition states to run through all possible solutions to a problem in parallel. This uses an effect known as ‘entanglement’ to link all the different qubits together. At the end of the process, each qubit can be read out as a zero and a one, providing the solution to the problem.

Why is it significant?

With such a new technology, it can be difficult to predict the impact. When the laser was discovered, nobody could have predicted just how ubiquitous it would become. What we do know is that for certain types of computing problem, a single quantum computer could have a computing power far exceeding the power of all the classical computers in the world working together at the same time. This could have a wide range of implications, both positive and negative.

Quantum computers could allow us to solve problems and make calculations that are not even feasible to do today. Imagine taking your mobile phone back to the 1960s and showing people what it can do. The step up from today’s computers to a quantum computer may be even larger.

When is quantum computing expected to become widely available?

One of the main problems facing quantum computers is scaling up production. Qubits can be implemented in a number of different ways, using semiconductors, superconductors or trapped ions. In order to demonstrate the required quantum effects, qubits require manipulation of atomic or even sub-atomic particles. Making chips that can do this in a controlled and repeatable manner will require a step change in manufacturing technologies. Estimates for when this can be achieved vary from fairly imminent to a quarter of a century or more.

However, Canadian company D-Wave launched what it called a quantum computer in 2007. There is some debate about whether or not this is a ‘true’ quantum computer, as it can only solve certain types of problems, but it works on quantum mechanical effects. Academic groups and companies such as IBM have also developed some small-scale prototypes. The next few years may see the first true quantum computers, even if they are not widely available.

What are the implications for the patent profession?

As technologies become more complex, there is a greater need for the sharing of information and collaboration to ensure the technologies can properly mature and develop. Patents can actively encourage this since they help establish ownership of the ideas that the patent describes. Therefore, patents and patent applications help give companies the confidence and legal certainty to share. Without patents, there is a need to rely on commercial secrets and non-disclosure agreements to try and protect technologies.

The publication of a patent not only provides knowledge to society as a whole, but it helps prevent competitors patenting the same idea. Patent systems always favour the first to file and problems can be caused if a competitor files a patent application for an idea that you are keeping secret. Filing your own patent application can prevent these problems.

Despite the advantages of patent applications, quantum computers do, however, present a number of problems for patent attorneys.

What is enough detail in a patent application?

Richard Feynman, one of the key people in developing quantum theory (and the first person to coin the phrase ‘quantum computer’) once said: ‘If you think you understand quantum mechanics, you don’t understand quantum mechanics.’ Therefore, writing a patent application to include enough detail that somebody else can replicate it can be a difficult task. It may be that for some niche inventions, there are only a dozen or so people with the understanding and background to actually be able to replicate the ideas. This is very different from more common patent applications, which can be directed to more general engineers.

Also, for ideas in this area that have yet to be built and shown to work, it might be challenging to provide enough detail. There is no requirement in most patent systems that ideas have to be put into practice and a patent must simply describe it in sufficient detail for that to be done.

There is also the question of whether it worth protecting the ideas with patents. Patents can provide protection for up to 20 years. If quantum computers are not going to become a commercially viable proposition in that time, then patents may not be worth pursuing. However, it can be difficult to judge the right time to start the patenting process. In view of the collaboration issues already discussed, the answer as to whether or not to file might still be yes, even if a commercial quantum computer is still decades away. For example, smaller aspects of the computers may find utility before a commercial quantum computer exists.

Therefore, a patent attorney needs to advise carefully on whether enough detail can be provided and indeed whether there is merit in having a patent. As always, the answer to the simple question ‘should I file a patent application’ is more complex than might be expected.

Quantum computers could allow us to solve problems and make calculations that are not feasible today.