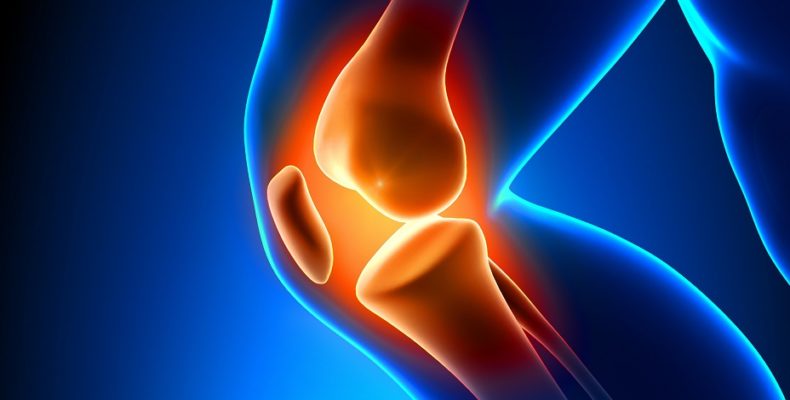 Knee replacements – one size fits all?

Arthritis is an extremely common condition in the UK. It causes joint pain, limits mobility, and can become so debilitating that joint replacement surgery is necessary. Thousands of patents have been filed that attempt to mimic the human knee joint, but is there work still to be done? Here, patent attorney Lucy Holloway, who has extensive experience working on protecting orthopaedic medical device innovation for industry leaders, explores the latest developments in the sector.

The knee joint is in reality two joints, one between the the femur (the thigh bone) and the tibia (the shin bone) and the second between the femur and the patella (the knee cap). The lower end of the femur has a bifurcated shape, like the long bones from a skull and cross bones. Each lobe on the end of the femur contacts the top of the tibia separately, meaning that the knee can more accurately be thought of as three joints, termed ‘compartments’, each of which can be affected by arthritis independently of the others. When a patient requires a knee replacement they can either have all of the articular surfaces of the femur and tibia replaced (a total knee replacement) or they can have just the surfaces of the affected compartment, or compartments, replaced (known as a partial knee replacement). It is estimated that approximately 50 per cent of patients only experience arthritis in one compartment of the knee. Why then do most patients still receive a total knee replacement, if two thirds of their knee joint is working effectively?

Amy Garner, Clinical Research Fellow and Orthopaedic Surgeon at Imperial College London believes that this is perhaps due to a prevailing idea that total knee replacements have better long term patient outcomes¹. According to the National Joint Registry, the likelihood of a patient needing a repeat operation is significantly higher in the case of a partial knee replacement as opposed to a total knee replacement (approximately ten per cent, versus two per cent, within eight years). Repeat operations necessarily come with risks, and so it is logical to hold the view that reducing the chance of a repeat operation is desirable.

Most total knee replacements require the sacrifice of one or more of the ligaments which stabilise the knee, typically the anterior cruciate ligament. The lack of this ligament has been found to result in anteroposterior (front to back) instability of the knee joint. This can result in difficulty climbing stairs, difficulty walking up hills, walking fast, and moving from sitting to standing. The more active a patient was before surgery the less likely they are to be satisfied with the range of motion resulting from a total knee replacement. After all, an active 50 year-old will not necessarily be happy with a replacement knee that has a range of motion sufficient for sedentary 80 year-old.

Partial (‘unicompartmental’) knee replacements were first pioneered by the Oxford knee team back in the 1970s. They require much less bone to be removed than a traditional total knee replacement, meaning they can be fitted whilst retaining all the ligaments present in the knee. The post-operative knee is thus able to function much more normally following a partial knee replacement.

David Murray, Consultant Orthopaedic Surgeon at the Nuffield Orthopaedic Centre, Oxford, says, “In the UK today, around 90 per cent of knee patients have total knee replacements. Around half of those patients could have a partial replacement instead, allowing them to recover faster, have a greater range of movement and have less chance of complications after surgery. These advantages are particularly important for young people who want to be very active and for older people who want to minimise the risks of surgery“.

David and the Oxford knee team continue to work on developments that improve the functionality and long term outcomes of partial knee implants. With the growing trend towards personalised medicine it seems likely that in future more and more patients will benefit from the improved outcomes offered by partial, rather than total, knee replacements.

If you would like to discuss orthopaedic medical device technology further, please do not hesitate to contact the author or your usual Barker Brettell patent attorney.

Surgeons are beginning to question whether a total knee replacement is always the best solution.