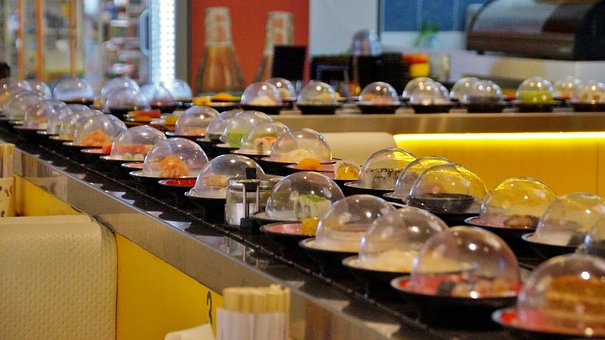 Love them or loathe them, robots are here to stay. And the influence of automation is only expected to grow in the future as innovation leads to the technology being more accessible: The International Federation of Robotics estimates that more than three million industrial robots will be at work by 2020.

One area where automation and innovation is sometimes met with distrust is the food and drink industry – we have long been fed the idea that home-made and crafted is best.

There is also the fear (not limited purely to the food and drink industry) that automation will only serve to take jobs. However, 54 per cent of food and drink businesses are looking to automate in some capacity, and in 2016 the sales of industrial robots increased. The ‘issue’ with a robot being able to work the equivalent of three workers’ shifts may actually be a benefit to both the companies and the workers because the sector’s workforce can often be transient. Robots also standardise the production process, providing the capability for uniform, better and potentially safer products. After all, there is a reason we have the phrase ‘human error’.

But it is not just the production line where automation can lend a hand. Several startups in the United States have already put the futuristic concept of a robotic restaurant into practice.

Café X offers the perfect solution for those who don’t like to talk to anyone before having their morning coffee – robot baristas. Here, assembly line-esque robots receive an order from a self-order kiosk. Three minutes later, the customer is presented with a freshly prepared coffee. Although the robots are not quite at the point of emulating Michael Sheen’s android in Passengers (and that’s not necessarily a bad thing), they are not far off. And consumers clearly like the concept as a second branch has recently opened.

Café X is not solely machine-operated though: each branch has at least one ‘Café X specialist’, who supervises proceedings, refills the beans and is on hand to help with any questions customers may have – similar to a supermarket’s self-checkout supervisor. But less stressed.

Along a similar theme, Creator, a new robot-staffed burger joint employs a reasonable number of staff – just not to chop ingredients or cook the burger itself. The entrepreneur behind Creator, Alex Vardakostas, stated in an interview with TechCrunch his desire to enhance the skillset of the workforce employed by the company, with five per cent of employee time allocated to side projects and education.

The functionality of the robot is what you would expect, but as optimised and precise as the minds behind it could envisage: ‘the perfect kitchen tool’ as Vardakostas describes it. Buns are sliced before being toasted and buttered. Ingredients are chopped to order, and the meat is ground and pressed (rather than mashed) so that the customers’ bite lines up with the strands which improves the textural feel of the burger. Sauce is dispensed to the millilitre, and eleven sensors are used to monitor the temperature of the beef.

Spyce is another robotic restaurant that lays the emphasis on taste and nutrition, using the power of automation to ensure that meals are prepared efficiently and freshly. Spyce’s robotic kitchen uses a series of cooking woks, heated by induction. Pre-chopped ingredients are dispensed from individual hoppers into the woks, where the meal is mixed and cooked. The finished article still requires a human touch – a garnish is added by a ‘garde manager’ before serving.

The saving made by automating the cooking and serving of the meal can be spent on ingredients – focusing on sustainable and what is called ‘appropriately sourced’ ingredients. Improved quality of food and work for the human employees, rather than slashing overheads or replacing labour, appears to be the driver behind each of the startups.

For startup companies, intellectual property protection is extremely important, and we tip our hats to Creator, who has a burgeoning patent portfolio (under the name of Momentum Machines), and Café X and Spyce who have also sought patent protection. Café X has a pending US patent application and corresponding applications in China and Hong Kong, and Spyce also has a pending US application.

Now the precedent of an automated kitchen is established, the possibilities seem limitless. There is already a gradual move towards automating the dining process: at least one major fast food restaurant in the UK has introduced a system where you order via a self-service kiosk, and another where you essentially pick your meal up off a production line. Could we see 12 course meals prepared by robots with each course served within minutes of finishing the previous one? There is no reason why not. The main sticking point at this time appears to be that each robot needs to be custom-built for the specific meal being prepared. For example, Creator’s burger robot cannot make bowl meals in the style of Spyce without significant modification and vice versa.

In the short term, it is hard to see these plucky new startups challenging the established big-name formula restaurants. However, it is not hard to imagine a time where the larger chains need to embrace robotics, at least behind the scenes.

It is not just the production line where automation can lend a hand.