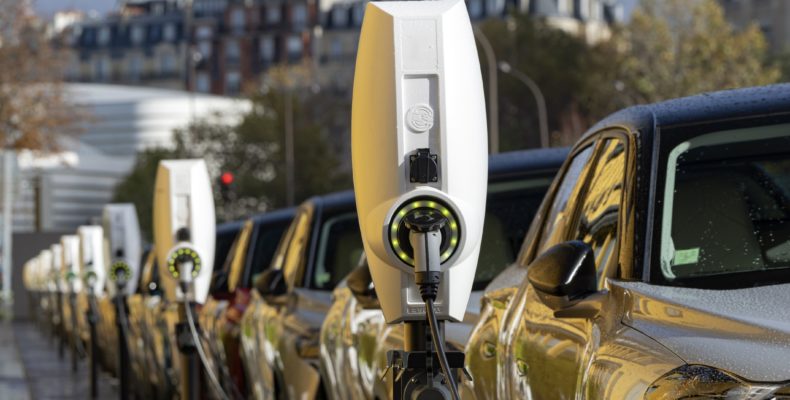 Will 2021 be the year electric vehicles and V2G become mainstream?

It might seem an outlandish question, but asking “It’s 2020, where’s my flying car?” might actually get a positive response, especially if you look at the innovation being developed in Japan and the Netherlands. However, these attention-grabbing technologies are, to some, not nearly as interesting as the innovation poised to change the way we travel and live within a matter of years. For all its downsides, 2020 has seen test flights of various different dual purpose vehicles, as well as huge progress in other automotive areas, in particular electric and smart cars. We have the technology. Now regulatory bodies and aviation controllers are considering how we can make sure that technology is used safely.

There is always more R&D to be done, but it is worth taking a step back and seeing how far we have already come – especially in light of the current challenges facing the automotive sector.

In November 2020, the Cenex Low-Carbon Vehicles & Connected Automated Mobility (LCV & CAM) online conference provided a brilliant showcase of recent developments in electric vehicles. Innovation focusing on the accessibility and the speed of charging vehicles such as  Zap-Go’s patented Carbon-Ion based “ultra-fast” charging technology, the Loughborough-based Intelligent Energy’s fuel cell vehicles, and NewMotion’s Vehicle to Grid (V2G) smart charging stations, which will hopefully become a familiar sight in the UK over the next few years.

Alan McCleave of NewMotion highlighted that the idea of using electric vehicles to supplement a struggling grid is not a new one. Following the Fukushima disaster in Japan in 2011, which left Japan short of around 30 per cent of its usual power generation and resulted in rolling blackouts, electric car batteries were used to power homes, helping to balance supply and demand. Since then, Japan has invested heavily in V2G technology for grid balancing.

Claire Weiller of PRE Power Developers reported more recent savings of around 69 per cent on electricity costs for a large Dutch e-bus fleet when smart-charging and V2G technology were used, taking advantage of feed-in tariffs to support the grid when demand exceeded baseline supply. A smart approach to charging is therefore economically sensible as well as technologically possible. PRE Power Developers has a pending International patent application for its bi-directional power converter, using a parallel arrangement of flyback converter units with controllers arranged to allow the direction of charging to be switched (for example, to allow use in V2G applications). This power converter is designed to control phase delays between individual units so as to provide stable operation even when switching frequencies vary, by staggering ON times of the various flyback converter units such that ripple voltages they produce cancel each other out to a large extent, significantly reducing the overall ripple. The international patent office (WIPO) has indicated that PRE Power Developers implementation of this phase control is inventive and should be patentable; a positive sign that the company will be able to protect and make the most of its R&D investment.

Returning to the Midlands, Barker Brettell’s client, RBW Electric Classic Cars, has launched a new electric drivetrain to allow classic cars to be made all-electric without sacrificing appearance or the drive-feel. The results are already receiving glowing reviews from Top Gear, amongst others.  RBW’s first patent – directed to a sub-frame designed to allow an electric drivetrain to be mounted to a chassis securely and easily – is due to be granted shortly. The design allows the rear wheels and suspension to be mounted on the same sub-frame as the drivetrain, allowing the electric drivetrain to be mounted relatively low in the vehicle, preserving the sleek shape of classic cars, and potentially freeing up positions on the chassis originally intended for suspension mounting for securing the sub-frame.

This futuristic technology is already becoming an economical tool rather than just a toy. Perhaps the future is already here, after all?

If you would like to discuss any of the areas addressed in this article further, please do not hesitate to contact the author, or your usual Barker Brettell attorney.

Attention-grabbing technologies are, to some, not nearly as interesting as the innovation poised to change the way we travel and live within a matter of years.