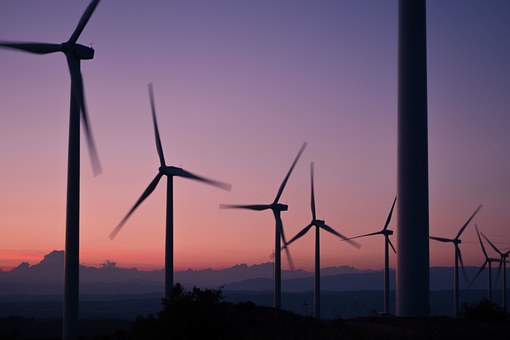 We have the power – but is it in the right place, at the right time?

Grid balancing – the ramping up of production to cover peaks in power usage – is becoming ever more important with the influx of less predictable renewable energy to the network.

Some variation in power demand is easily predictable, relatively long-term and seasonal, such as air conditioning in the summer and heating in the winter. Other demand can be reasonably predictable but sharp and short-lived, such as TV pickup spikes when large audiences take advantage of advert breaks or half-time to use electrical appliances.

The UK is committed to reduce greenhouse gas emissions by 34 per cent by 2020, and 80 per cent by 2050, compared to 1990 levels. Decarbonisation of electricity generation is essential for meeting these requirements, and more energy storage is needed to allow grid balancing in a decarbonised grid (noting that current nuclear power plants cannot easily be ramped up or down).

So how can the grid balance the energy supply?

Innovation in the field of grid energy storage had been focused on hydro-power, but the plunging costs of Lithium ion batteries (Li-ion), from nearly $1,200 per kWh in 2010 to less than $200 in 2018, have changed the landscape. Last year, 311 MW of battery storage was installed in the US, and there are plans to more than quadruple this capacity in the next couple of years. Installation of 1 GW of battery storage is planned for the UK over the next three or four years.

The effectiveness of energy storage is determined by how quickly it can adapt to accommodate changes in power demand – both outputting power to cover peaks and recharging to use ‘spare’ electricity during dips, the amount of energy lost in the storage process, and the total energy storage capacity.

Pumped hydro-electric storage has been the go-to storage type, with efficiencies of around 70 to 85 per cent. A lot of space is required for the water to be stored, fall, and be pumped back up, providing low energy densities of less than 4 Watt-hours per litre. Battery storage does not require the geographical features of hydro-power – batteries can be placed pretty much anywhere provided temperature and humidity can be regulated, and provide a much higher energy density (for example, 20-400 Watt-hours per litre, depending on battery type). Batteries also offer very rapid ramp-up in power supply – perfect for that half-time cuppa. Lithium ion batteries are generally favoured over lead-acid batteries as their energy densities (200-400 Watt-hours per litre) and lifetimes are higher, and are currently the favoured battery technology for storage installations.

Lithium ion batteries are currently the most cost-effective for energy storage durations of 0.5-3 hours, and have the highest energy density. For longer storage durations, flow batteries may be more cost-effective – having a generally larger footprint and lower energy density, but slower discharge at their rated power which can be advantageous in some scenarios (such as covering a longer peak in demand).

Li-ion is likely to remain the go-to battery technology for grid storage in the near-term, as it is a tried and tested technology, and companies have already sunk funds into Li-ion storage plants.

However, there is always something new on the horizon. Although currently more expensive and less developed than Li-ion, solid-state battery technology seems likely to be the next big thing in grid storage, offering potentials for longer lifetimes, lower costs, and faster charging and discharging. Safety may also be improved by doing away with the flammable liquids of Li-ion batteries.

Alternatively, just as hydro-power has been pushed to one side in favour of battery storage, it is possible that flexible nuclear generation may step in and take the lime-light, with the reactor output being ramped up and down to balance peaks and troughs in renewable output and in demand.

If you would like any further information or assistance on IP matters in the energy sector, please do not hesitate to contact me, or your usual patent or trade mark attorney.

Effectiveness of energy storage is determined by how quickly it can adapt to accommodate changes in power demand.