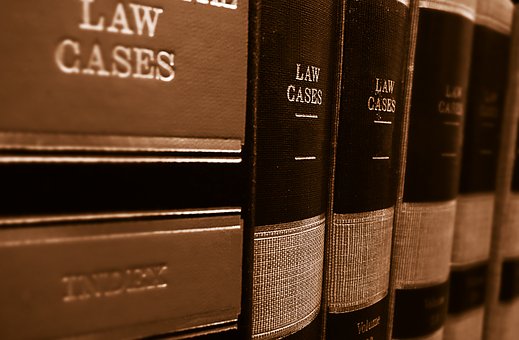 Use it or lose it: weak evidence costs McDonalds & Adidas TM rights

In a recent decision, following an application for revocation filed by Supermac’s (Holdings) Ltd, the EUIPO Cancellation Division upheld the application and revoked McDonald’s EU trade mark for ‘BIG MAC’ on the grounds of non-use. The weakness of the evidence of use submitted by McDonald’s was a significant factor in the outcome of this case.

McDonald’s submitted several pieces of evidence as proof of use, including:

However, the EUIPO considered that this evidence was insufficient to establish genuine use of the mark. Although affidavits are generally admissible means of proof of use, their probative value decreases when the statements are drawn up by the interested parties, or their employees, and such statements are given less weight than independent evidence.

In relation to the McDonald’s website printouts, simply showing that the trade mark is used on the website is, of itself, insufficient to demonstrate genuine use. In order for such evidence to be considered, it is necessary to also provide the place, time and extent of use. This could be in the form of records relating to internet traffic, such as Google Analytics. However, McDonald’s failed to submit any such evidence. Furthermore, as it was not possible to buy Big Mac sandwiches from the websites which McDonald’s had provided, there was no link established between the websites and the eventual number of Big Mac sandwiches sold.

McDonald’s faced similar issues with the brochures and other advertising materials which it submitted as evidence as, again, it could not provide information on the circulation of these materials and, as such, could not establish any connection between the distribution of the materials and the sales and turnover figures provided in the affidavits of the McDonald’s representatives.

The Cancellation Division also commented that “Wikipedia entries cannot be considered as a reliable source of information”, due to the fact that they can be edited by any Wikipedia user, and that, in order for them to be considered relevant, these entries must be supported by “other pieces of independent concrete evidence”. As McDonald’s failed to provide such evidence, the Wikipedia entry was deemed to be irrelevant.

This decision provides further clarity as to the type, and level, of evidence required in successfully defending a revocation action and also demonstrates how, irrespective of the size of the companies involved, the ‘use it or lose it’ rule applies to all trade mark rights holders equally.

Another recent case involving a global corporation submitting insufficient evidence in a post-registration action is the Adidas AG v Shoe Branding Europe BVBA case. Adidas failed to establish that its ‘

‘ mark had acquired distinctive character through use throughout the EU.

In order to demonstrate that the mark had acquired distinctive character, Adidas could not just rely on evidence which shows a mark consisting of three parallel equidistant stripes; the evidence had to show the mark at issue in its registered form or in a form which is broadly equivalent. This does not include forms where the colour scheme is reversed.

The evidence provided by Adidas was split into four groups:

Adidas failed to identify which images, out of the 12,000 pages of evidence submitted, established use of the mark in its registered form or in forms that are broadly equivalent. Many of the images did not show use of the correct mark and other images showed use of the mark on goods which were not covered under the registration, thereby making these images irrelevant. Similar to the McDonald’s case, even the images which did show the correct mark on the correct goods did not provide any indication as to the scale and duration of the use or the impact of that use on the perception of the mark by the relevant public. Therefore, the evidence submitted by Adidas failed to demonstrate that the use of the mark in question was sufficient for members of the relevant public to identify a product as originating from Adidas.

Although the figures submitted by Adidas were considered “impressive”, it was not possible to establish a link between the figures provided by Adidas and the mark at issue or, indeed, between those figures and the goods in question. Adidas’ figures related to its entire business; they were not specifically for this mark and in relation to the specific goods in question. Also, most of the marketing and advertising material provided showed the mark in an inverted colour scheme. Therefore, as an inverted colour scheme is sufficient to deem a mark ‘not broadly equivalent to the registered form’, it was held that the figures provided did not establish that the mark has been used and that it has acquired distinctive character as a result of use.

As many of the market surveys submitted did not concern the mark at issue as registered, these surveys were deemed irrelevant. Also, in the other surveys, participants were asked whether they had already encountered the mark in relation to sportswear or sports equipment, which could have facilitated an association between the mark and a particular undertaking. Furthermore, the admissible surveys were only completed in five member states and, therefore, only cover part of the EU.

Adidas also included decisions of national courts and press cuttings which mentioned the reputation of Adidas’ ‘3-Stripes Mark’. However, the decisions of the national courts failed to cover forms of use that may be regarded as equivalent to the registered form of the mark at issue.

Overall, the only relevant pieces of evidence were the five market surveys. Therefore, Adidas failed to produce relevant evidence in respect of the 23 member states which were not covered by these market surveys. As Adidas did not prove use of the mark at issue throughout the EU, and its evidence was not sufficient to demonstrate that the mark has acquired distinctive character through use, throughout the EU, Adidas’ appeal failed and its mark was successfully invalidated.

As well as showing that even the largest multi-national corporations are not immune to trade mark actions, this case also shows the importance of sorting and selecting specific pieces of evidence which relate to the case in question, as opposed to taking the ‘kitchen-sink’ approach and merely submitting any evidence which appears to be vaguely relevant to a case.

If you would like to discuss this area further please get in touch with Stephen Lowry or contact your usual attorney.

Simply showing that a trade mark is used on a website is, of itself, insufficient to demonstrate genuine use.