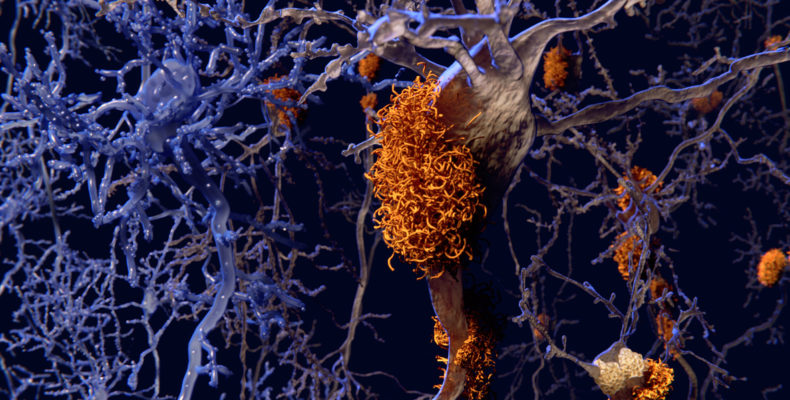 The verdict is in: it’s a yes from the FDA for the controversial Alzheimer’s drug, after a tricky year for Biogen

The pharmaceutical industry has eagerly awaited the decision from the US Food and Drug Administration (FDA) on the first new drug to treat Alzheimer’s disease in more than a decade.

The US regulator’s decision to approve the drug Aducanumab, marketed as Aduhelm, is one of the most significant decisions that the FDA has made in years.

This news will be welcome to Biogen, the drug’s manufacturer, as it comes amid troubles elsewhere in its business.

In June 2020, the West Virginia District court ruled against Biogen, deeming their patent for the multiple sclerosis drug Tecfidera ’514 (U.S. Pat. No. 8,399,514) to be invalid.

The opponent, Mylan, challenged the claimed 480 mg per day dosage of Dimethyl fumarate (DMF) as being the result of optimisation within an established effective range. However, Biogen prevailed, asserting that the 480 mg per day dose exhibited unexpected efficacy in treating multiple sclerosis, preventing Mylan from being able to reassert obviousness in any subsequent actions.

Mylan further contended that (a) the patent failed to teach that the efficacy of the claimed dose would be unexpected; and (b) that the specification failed to adequately describe the claimed invention.

The court agreed with Mylan, noting that the methods in the specification were overly broad in reciting treatment of a general neurological disease and failed to specifically mention treating multiple sclerosis with a 480 mg per day dose of DMF.

This patent battle demonstrates that before drafting an application it is absolutely essential to extract the points of novelty, determine why the claimed invention is inventive over the prior art, and ensure that there is complete and enabling disclosure.

Although an appeal of this decision is underway, Mylan’s competing product was approved by the FDA last year, and the company chose to launch it ‘at risk’ just days after. When selling ‘at risk’ (i.e. launching a generic during an ongoing patent battle) the generic drug maker may owe damages to the patent holder if the patent holder prevails.

This blow to their IP portfolio came less than a year after Biogen made the surprise announcement that they were applying for FDA marketing approval of their new drug Aducanumab.

Notably, Aducanumab is the first treatment directed at the underlying pathology of Alzheimer’s disease, as existing ones only help to ease symptoms.

Amyloid is a protein that forms abnormal clumps in the brains of people with Alzheimer’s that can damage cells and trigger memory problems, communication issues and confusion.

Since the landmark 1999 report by Schenk et al. showing that active immunisation against amyloid beta (Aβ) markedly reduced the extent and progression of Alzheimer’s disease-like neuropathologies in mice, the race has been on in both academia and industry to develop anti-Aβ immunization therapeutics for Alzheimer’s disease.

Aducanumab is a monoclonal antibody treatment that is administered intravenously to patients with moderate Alzheimer’s disease. The drug is said to target the amyloid plaque that builds up in the brains of people with Alzheimer’s disease, helping to slow the onset of the condition.

According to Biogen, Aducanumab binds to beta amyloid molecules and breaks up the clumps, thereby reducing the progression of Alzheimer’s disease so people can continue to perform daily tasks such as cleaning and shopping.

There are currently tens of international patents protecting this investigational drug, and Biogen have already been involved in a suit in 2020 against Creative Biolabs Inc. for selling a copycat version of the Aducanumab antibodies.

Although the scientific community is divided over the drug’s potential impact because of uncertainty over the trial results, its US approval could be a huge boost to dementia research, which is traditionally underfunded compared with cancer or heart disease.

Barker Brettell has a dedicated medical sector group. If you would like to discuss options for protecting your invention, please get in touch with the author or contact your usual attorney.

This patent battle demonstrates that before drafting an application it is absolutely essential to extract the points of novelty, determine why the claimed invention is inventive over the prior art, and ensure that there is complete and enabling disclosure