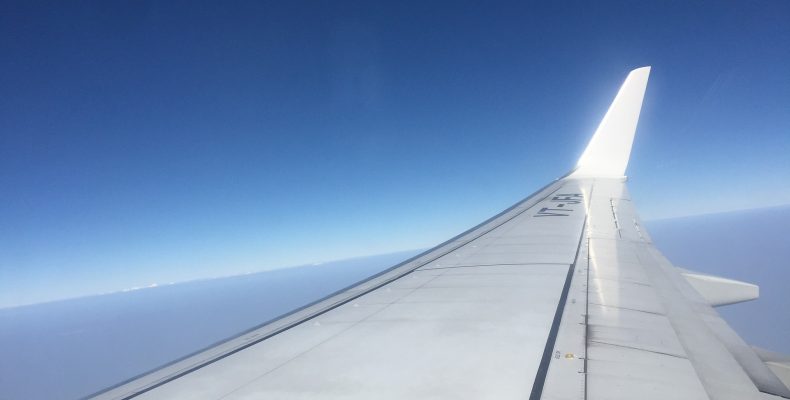 The material world of aerospace: composites

One branch of innovation within the aerospace industry is the use of materials. Materials used in aviation have high demands asked of them: safety-critical structures such as the fuselage, wings and  landing gear require materials with high mechanical properties such as stiffness, strength, fracture toughness, fatigue endurance and corrosion resistance. Durability is also a desirable quality: by increasing a structure’s comfortable life-cycle, the less often components need replacing, resulting in a cost-efficient aircraft. Ideally, the materials should also be relatively easy to manufacture and reproducible in a number of different physical arrangements.

On top of all of these physical requirements, material usage needs to satisfy the industry’s drive towards efficiency. It is expected that 2019 will set a new record for the number of scheduled airline passengers at nearly five billion, a 130 per cent increase since 2004. With this high-flying amount of traffic, there is drive towards ever-improving efficiency and reduction in fuel consumption – lowering both cost and the emissions associated with air travel.

Save weight, save time, save money

One approach to achieve these goals is to reduce the weight of the airframe and engine. 100 years ago, aluminium was the go-to material for fabricating aircraft parts – it was relatively light, strong and conveniently inexpensive. Now, it is used in as little as 20 per cent of an aircraft. Aerospace composite materials have by and large replaced aluminium, and are stronger and lighter than their metallic predecessor. In 2011 the first commercial aircraft to be constructed from 80 per cent composite materials  – based on percentage by volume, not weight – was put into service.

A composite material is a substance made from two or more constituents with different properties, which combine to form a material with different properties again. A common composite configuration in aerospace is fibre-matrix, mostly carbon fibre-based. In addition to being lightweight, these composites have a high impact resistance, thermal stability and high hardness (resistance to scratching and indentation). Composites have been used in the aerospace industry since the 1950s, but were previously too cost-prohibitive and time-consuming to produce in larger quantities, and so were mainly used for smaller components and in low-volume, high-cost products such as satellites and military aircraft. Automation is playing a large part in driving down costs of production of composites. Another way to offset the cost disadvantage of composites is to reduce the part count. Composites provide the capability to bond many smaller parts into a larger holistic structure, which reduces the number of fasteners. If done properly, the cost of the resulting single component is less than that of fabricating and assembling multiple parts.

However, composites are not a silver bullet for aircraft – they face some performance-related challenges, such as relatively low inter-laminar strength (layers can pull apart easily compared to the compressive and tensile strength of the component) and toughness. Composites can also suffer in an unsuitable environment: they can have poor durability under cycling between hot-cold and wet-dry conditions, and UV exposure can lead to embrittlement.

New composite materials, which may address some of these issues, are being produced. Titanium/graphite and carbon-fibre/epoxy improves the impact resistance and bearing strength of a laminate. Another fibre-reinforced polymer–metal composite is a combination of aluminium sheets and glass fibre/epoxy. The fibreglass reduces the overall weight of a component and also reduces the crack-growth in the aluminium, which can result in an improved life cycle of a component.

‘Smart’ composites are also being developed, which include shape-memory fibres. These materials can have applications in slowing crack-growth in a component (and so increasing life length), as well as preventing the slow deformation of components over time when subjected to a high temperature (known as creep). Shape-memory materials can switch between two shapes on exposure to an external stimulus. The fibre is prompted to form a temporary shape then the external stimulus is applied to encourage it to return to a more contracted shape. This applies a compressive force on the composite, mitigating the tensile load which often results in cracking and creep.

Protection for these new materials and uses is not necessarily straightforward – a lot of the broad concepts regarding composite uses in aerospace have been known or at least considered in a blue-sky way for some time. As an example, US5024399 discloses the broad use of composite materials in aircraft fuselage – this would be prior art for everything filed after December 1989 and has been cited against 72 different applications over the last 30 years. In order to overcome this issue, a targeted approach will be required, with inventors and practitioners needing to consider what specific use or features set their concept apart. An example of how to approach this can be seen in EP2979977, where the patentee has limited itself to a specific form of composite and its method of manufacture and use. CA2815966 takes a different approach, instead being directed to addressing a specific problem concerning holes and stress concentration. Both are equally valid approaches (as indicated by the granted patents obtained), but neither possesses a particularly broad scope of protection.

While new materials are flying onto the scene, it is not as easy as just ‘upgrading’ the old-timers. Metals and alloys have been fixtures in the industry for a reason – they are tried and tested in a variety of applications. Additional concerns such as cost, reliability and reproducibility of results and the material need to be considered before making sweeping changes using a new wonder material, composite or otherwise. This is all before thinking about how to protect an exciting new material or application. This is where Barker Brettell comes in – we have a dedicated Aerospace Sector group and can work with you to develop an IP strategy, lightening the load and helping you soar.

Material usage needs to satisfy the industry’s drive towards efficiency.