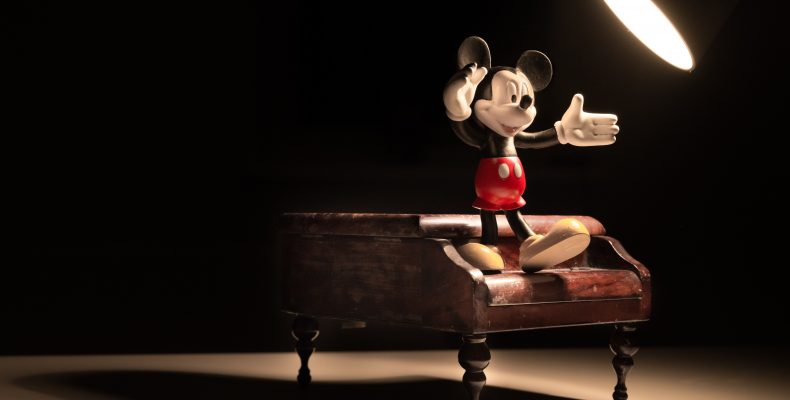 Lucy Walker, trade mark attorney and partner at Barker Brettell, takes a look at how The Walt Disney Company has successfully protected and managed its brand since 1923, and what lessons can be learnt by adopting its approach.

Disney has the ability to take what is essentially a fairy tale or a story of good versus evil and turn it a multi-billion dollar brand, without the assistance of a fairy godmother. As a child, I loved Disney: the theme parks; toys; films; shows; costumes. In fact I loved the whole concept.  Now, with children of my own, I still do, but as a trade mark attorney I have the added benefit of being able to appreciate just what Disney does from a brand perspective and admire its marketing strategy.

Disney is notoriously good at creating a concept that can be loved by young or old; it creates a story that most can relate to in one way or another. Disney gives us hope that there is still good in the world.  And it is from these stories and concepts that the brands are created, the characters introduced to us and loved by one and all, are naturally followed by a merchandising opportunity.

The Disney brand ranks 13th in the world, with an estimated value of $19 billion, revenue generated by The Walt Disney Company plus its subsidiaries and affiliated companies. Together these businesses produce movies, manage 43 theme-parks situated around the world, sell $3 billion consumer products, and run the Disney Channel.

So how does it do it?  In the same way in which we advise all our clients to safeguard their brands: it protects; monitors; enforces, and exploits its intellectual property (IP).

Whether by copyright, trade marks, designs, patents; if there is a perceived brand value to Disney, and it is deemed important, it will protect it the same. This could be the title of a film, a character name, the musical compositions, or even a phrase.

Take the saying ‘Hakuna Matata’. The phrase itself means ‘no worries’ however, for Disney this trade mark application led to a lot of troubles.  Shortly after filing the application, an online petition was launched calling on Disney to ‘let it go’ (pun very much intended) on the basis that the application was considered to be a cultural appropriation. The petition was signed by tens of thousands of people.

In reality Disney was, quite rightly, looking to protect a brand name which it wanted to commercialise and for which it wanted to prevent third parties from piggy backing on the reputation of The Lion King film where the company had introduced the phrase to a global audience.  The company was not seeking a monopoly right to prevent legitimate use of the words by individuals or businesses.   A lot of the time protecting a trade mark comprising dictionary words is always going to put the trade mark owner in a position to prevent others from using those words, but only insofar as a specific commercial market.  Therefore, arguably all trade mark owners are appropriating those words.  The difference here was that the trade marking of this phrase was seen as cultural appropriation.  The question arises as to whether Disney would have had the same adverse reaction when it trade marked ‘To infinity and beyond!’ from the Toy Story movies?

Disney had to make a call here as to whether the commercial benefit of protecting the brand was justified, in view of the negative press. It decided to carry on with the registration, putting its brand protection as the top priority.

Disney closely polices its IP and any unauthorised third party use.  It also wants to be told about infringement, to the extent that it has set up a specific email address and phone number where members of the public can notify the business of any infringement.

In addition Disney is not averse to sending the occasional cease and desist correspondence, nor is it bothered about a cease and desist letter going viral.  We all know the risk of a consumer backlash when suing a small business or startup when it comes to taking action for IP infringement, but Disney takes the view that infringement is infringement, regardless of the party infringing the rights.

In 2008, Disney sued a small family business for trade mark infringement, seeking damages worth $1 million after it advertised two costumes for parties on its website which bore a close resemblance to characters Tigger and Eeyore. Disney requested seven points, six of which were met. The final point was to send the costumes to Disney for destruction.  Instead, the couple sent them back to the seller to get a refund.  As a result of that, Disney filed a law suit for $1 million.

Opinions on the law suit were divided.  Some saw Disney as a bully, picking on a small family business, whilst others maintained the couple knew the consequence of their action but continued on regardless.  At the end of the day, Disney was legally within its rights to sue; the couple made their decision as to how they would respond, and Disney reacted.  Any other brand owner would not be scrutinised in the same way, and as such, I can only admire the way in which Disney stuck to its principles.

In 2015, CNBC calculated that since the first Star Wars movie came out in 1977, toy licensing alone has brought in about $12 billion in revenue.

By the time the movie Frozen was released, Disney had been making the most of its brands down to a fine art. The film itself was a massive success, ending up making $1.27 billion at the box office.  The real money however, came from the merchandising.

Just two years after being released, Disney had sold in excess of $5 billion in merchandise related to the film. It is possible to buy almost everything branded with Frozen: from costumes to toys; soundtracks to yogurts; bikes to seatbelts; soup, toilet seats, dog collars, even artificial nails.

The Frozen movie is a great example of where Disney has made the most of a brand.  Disney is not averse to exploring all avenues, and welcome enquires in terms of opportunities to work with other businesses.  So much so, it has a website dedicated to handling licensing enquires.

Disney opened its first theme park, ‘Disneyland’ in 1955 with the core promise to ‘Create happiness through magical experience’. Fast forward to 2016 as Disney opens its first Chinese Disneyland in Shanghai, China. Reuters reported how the Chinese government had given special trade mark protection to Disney, with its authorities carrying out a year-long campaign before the park opened to crack down on counterfeits.  This is the power of the Disney brand today.

In 2013 Disney launched MyMagic+, a piece of patented technology in the form of a wrist band that allowed guests at its theme parks to book attractions, FastPasses, VIP experiences, buy gifts, book seats at shows and parades. The development was about the guests and how their experiences could be improved.  Disney evolved this even further in 2018 with its Disney Park app.

By staying on message but at the same time being prepared to evolve, Disney has ensured that it remains as loved today as it always has been. It has embraced the digital age, while at the same time never losing sight of the value of its brands, no matter what platform it may use to reach its audience. Disney has always been happy to push technology to its limit but always stay true to its brand, the principals encapsulated by the same ‘Create happiness through magical experience’ philosophy.

If there is a perceived brand value, and it is deemed important to Disney, it will protect it.