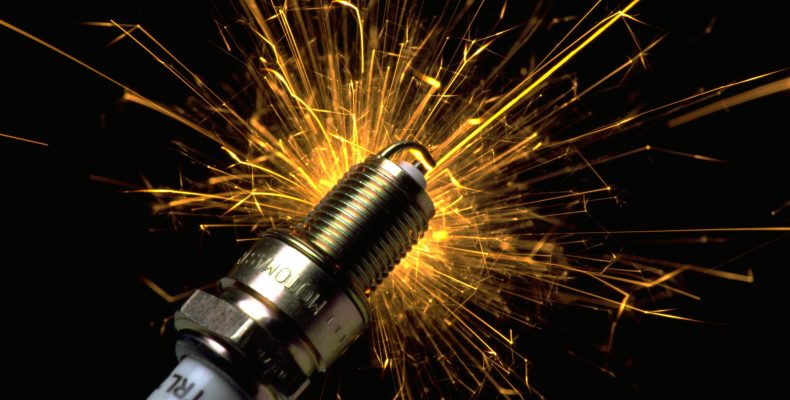 Innovation without bright sparks – the compression petrol engine is here!

One of the world’s largest automotive manufacturers has hailed a technological breakthrough for the petrol engine, at a time when the industry is looking to embrace electric vehicles.

Japanese car firm Mazda is aiming to sell cars from 2019 with a newly developed petrol compression ignition engine, called SKYACTIV-X, a technology that automotive manufacturers have been chasing for decades. This means that Mazda is currently poised to be the first carmaker to offer the technology in a production vehicle.

In compression ignition engines, the air-fuel mixture is heated and then compressed by the piston to the point at which it combusts spontaneously. This makes it possible to use a much leaner air-fuel mixture and largely eliminates the need for spark plugs in the engine. As a result, Mazda is claiming that fuel efficiency will be increased by as much as 30 per cent.

So does this mean the end of the humble sparkplug? Well, not quite.

Automotive researchers have been investigating the use of compression ignition engines (known as Homogenous Charge Compression Ignition (HCCI) engines) for years. The technology means the air-fuel mixture burns more slowly than with a spark ignition, and begins at various ‘hot spots’ throughout the cylinder. This eliminates the high temperature zones found in spark ignition engines, which significantly reduces nitrogen oxide (NOx) emissions.

However, the technology has been difficult to implement in production vehicles, due to the lack of precise control over when combustion takes place, and the limited temperature band at which compression ignition engines work best. For example, it is found that the engines struggle when they get too cold.

To overcome this issue, Mazda has developed a proprietary combustion system called Spark Controlled Compression Ignition (SCCI) that achieves a seamless transition between compression and spark ignition, whereby a spark plug is used selectively to control the timing of the compression ignition.

Describing the technology at a recent briefing in Japan, Kiyoshi Fujiwara, director and senior managing executive officer at Mazda, said the spherical flame expanded by the spark ignition serves as a second piston – an air piston.

“This further compresses the air-fuel mixture in the combustion chamber to facilitate the necessary environment for compression ignition to take place,” said Fujiwara.

Then, if the temperature is too cold for compression ignition, the spark plug kicks in to ignite the mixture, he said.

The SKYACTIV-X engine will combine compression ignition with a supercharger, which together will improve fuel efficiency while increasing the amount of torque available by 10-30 per cent compared to the company’s existing SKYACTIV-G petrol engine, Mazda claims.

The company also claims that it will equal or exceed the fuel efficiency of its latest SKYACTIV-D diesel engine.

However, the announcement of this new technology has come as something of a surprise within the industry, since it once again places traditional engines at the centre of Mazda’s manufacturing strategy, days after the company – which sells 1.5m cars a year – said it will work with larger rival Toyota to develop electric vehicles.

So with an industry that is racing to embrace electric vehicles, it appears that the venerable petrol engine may still be with us for a while yet – in one form or another. Indeed, Mazda at least, is not quite ready to pull the plug on the combustion engine!

Automotive technology remains a key part of the work of Barker Brettell’s patent, trademark and design teams. If you would like to discuss your automotive innovation, please contact Mark Thurston, or your usual Barker Brettell attorney.

So does this mean the end of the humble sparkplug? Well, not quite.