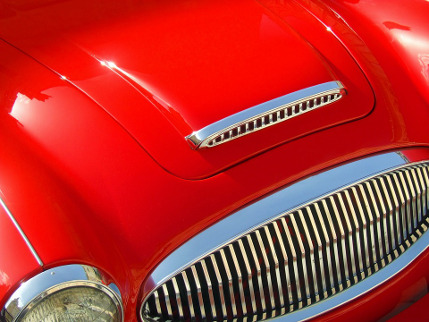 Confident who owns the name on the hood?

As long as the sun rises in the east and sets in the west, it seems there will always be trade mark battles in the automotive industry.  But is it really worth the fight? In short, yes. Brands in the sector can be worth billions and as a consequence of this, companies have fought incredibly long and hard battles over trade mark rights. One report1 lists the Toyota brand as being worth $29.5 billion. ‘Dieselgate’ reputedly2 cost Volkswagen $10 billion in terms of lost brand value. It can cost up to $50 million3 to have a prime advertising spot on a Formula One car. It’s therefore not surprising that those operating in the automotive industry race not just on the tracks, but also all the way to the Courts.

In this article trade mark attorney and partner at Barker Brettell, and member of the firm’s automotive sector group, Lucy Walker, looks at some of the trade mark disputes in the automotive industry and considers lessons that can be learnt as well as highlighting points for best practice.

Register a trade mark as soon as it is in use

It seems obvious, but a dispute can be avoided by applying for a trade mark as soon as it is in use. One household name that failed to do this was Formula One Licensing BV (FOL). It was unable to secure exclusive rights to the sport’s ‘F1’ abbreviation for motor racing after an opposition was filed to the application by Racing-Live SA.

Had an application been filed for FORMULA ONE or F1 at the outset, it would have been distinctive; however, through extensive use of the marks over a considerable period of time, the mark no longer functioned as trade mark but instead, was seen as the generic name of a type of sport.

Check the extent of any permissions

The Marussia Formula One team sued Manor Grand Prix Racing (Manor) for trade mark infringement because of their use of the MARUSSIA name during the 2015 Formula 1 season.  Marussia had previously licensed Manor the right to use their trade mark for MARUSSIA in respect of its Formula 1 team and their chassis name.  However, the licence came to an end in December 2014 and was not renewed; meaning Manor’s use of the name in 2015 was without permission.

Regardless, Manor continued to race under the MARUSSIA name for the remainder of the 2015 Formula One season, which enabled it to claim the prize money resulting from its performance in the 2014 season.   Had Manor changed the name on the chassis from MARUSSIA, without consent from Formula One, they would have lost their entitlement to prize money based on previous seasons.

Unsurprisingly, Marussia sued Manor for trade mark infringement, to which Manor raised various defences.  Marussia applied for summary judgment of the matter, which would mean they could avoid the cost of a full trial, if they could successfully argue before the Courts that Manor would have no real prospect of defending the action.

The Courts dismissed all of the Manor’s claims to a defence and agreed with Marussia that if the matter went to a full trial, Manor had no real prospect of defending the same.  Manor is still entitled to proceed the matter to a full trial but to do so, they must provide Marussia with security of costs of £1.75 million.  It remains to be seen if Manor will push ahead.

Therefore if you are using a trade mark with permissions, check the extent of the permissions and when those permissions end. Your use of the trade mark needs to end or you could find yourself in hot water.  Of course, the financial penalty which will be issued against Manor remains to be seen.  If their exposure in this respect is less than the prize money they claimed, their decision to continue using the MAUSSIA trade mark may not have been so short-sighted.

This is one of the most complicated judgements I have read, made worse by the fact that the brands at issue are virtually identical.  From 1954 to 1994, TEAM LOTUS was the racing arm of the famous sports car manufacturer Lotus Cars. Both the racing team and the car manufacturer were owned and operated by Colin Chapman.  Chapman died in 1982 and the race team declined, eventually being sold during administration to David Hunt, brother of former Formula One champion James Hunt.  There has been no TEAM LOTUS in Formula One since 1994.

The car manufacturer, Lotus Cars, was bought by Proton in 1996 and became known as GROUP LOTUS (divided into Lotus Cars and Lotus Engineering).

In 2010, the 1Malaysia Racing Team entered a new team in Formula One, known as LOTUS RACING, taking a five year licence from Group Lotus to use LOTUS in Formula One.  However, the licence was terminated on the basis of alleged breaches.  Group Lotus subsequently reached a sponsorship agreement with a different team, Renault Formula One and was set to start the season using the LOTUS name.

In the meantime, the 1Malaysia Racing Team in an attempt not to waste their hard work in terms of their launch of a name using the trade mark LOTUS, purchased the rights to the mark TEAM LOTUS from David Hunt.

1Malaysia Racing Team unveiled plans to run in 2011 as TEAM LOTUS but unsurprisingly, Group Lotus was not happy about this and the matter ended up before the Courts.

The parties brought various claims against one another but in essence, the Courts dismissed all claims except for one. The claim maintained was that 1Malaysia Racing Team’s TEAM LOTUS mark should be revoked on the grounds of non-use, as it had not been used in the UK, when Team Lotus (of Colin Chapman/Lotus Cars era) had stopped fielding a Formula One team.  However, they still had goodwill in the name and were therefore, still entitled to continue to use it.  On this basis, both parties could enter a Formula One team using the name LOTUS!

One interesting comment from the judge was about how some entities enter several teams into a Formula One season and therefore, the public would not be confused by two teams using the LOTUS name.

In conclusion, trade mark infringement issues are often not clear cut and in this case, although both parties could prove they owned rights in the name LOTUS in one way and another, this was not enough.  The optimists would say that both parties are winners as they can both use the brand.  The pessimist would say both parties are losers as the other can still use the brand AND huge amounts of money were spent litigating the matter.  What this does tell us though is that sometimes, there is a lot to be said for business to business discussions and trying to sort a conflict out without racing straight to the Courts.

In 2014 Adam Opel GmbH sued a toy car manufacturer, who was making replica models of their Astra V8 Coupé, for using the Opel-Blitz trade mark to make the scale models as accurate as possible.

However, the Court decided that a car manufacturer cannot rely on its trade marks rights in order to prevent the distribution of toy model cars that are scale models of the original cars, bearing the original car manufacturer’s trade mark on the relevant space.  The consumer would not see the logo as affixed to the scale model toy as anything other than an attempt to ensure the replica is accurate; they would not see the use of the trade mark as being a reference of trade origin.

In a situation like this, it is arguable that the consumer would see use of the trade mark as being under licence.  It is not unheard of for car manufacturers to have toy versions of their vehicles, whether models, remote controlled or ride on vehicles.  Therefore, it would be worth ensuring your trade mark protection is broad enough so you can offer licensing opportunities which will enable you to control such use but also, benefit from your brand.

There is a lot to be said for business to business discussions and trying to sort a conflict out without racing straight to the Courts. 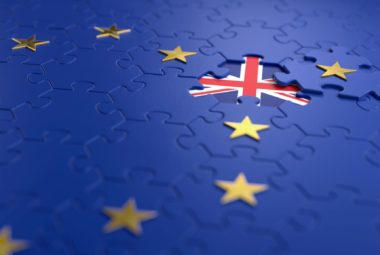 As we approach the end of the Brexit transition period, we revisit the key points to consider, to ensure the…

Barker Brettell wishes you a safe and happy Christmas

We would like to take this opportunity to say a heartfelt thank you to all our clients, champions and fellow… 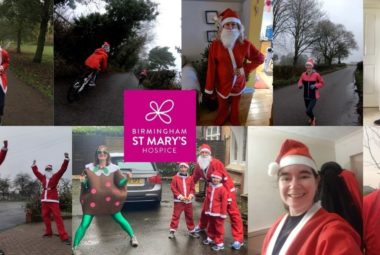 Team BB does the Jingle Jog

A team of runners from Barker Brettell recently took part in St Mary’s Hospice’s ‘jingle jog’, helping to raise much…