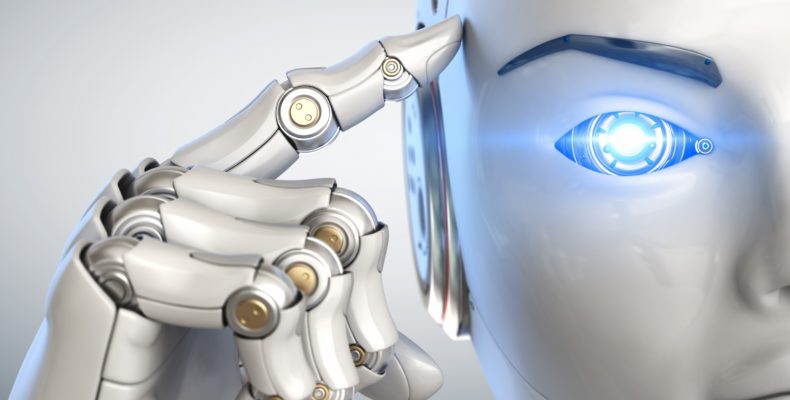 Can an AI be an inventor?

As Artificial Intelligence (AI) machines become ever more capable, the way in which they are treated by existing law is a problem that must be addressed. This is relevant in IP law where we must consider whether an artificial human expert can be patented, and who should be the beneficiary of the output they produce. This brings us to the question of whether an AI, with the equivalent capabilities of a human inventor, should be treated in the same way for inventorship of a patentable invention.

Two such patent applications (GB1816909.4 and GB1818161.0) were filed in the name of Dr Steven Thaler in 2018 at the UK Intellectual Property Office (UKIPO).  Dr Thaler stated that the inventor was a ‘Creativity Machine’ called DABUS, and that he has acquired the rights to be granted the patents by his ownership of DABUS. Dr Thaler argued that the inventions in his patent applications were generated by DABUS after it had received only training in general knowledge in the field, before progressing to independently conceive the inventions, which it identified as novel and salient.

Dr Thaler argued that inventorship should not be restricted to natural persons, and that a machine which would meet the inventorship criteria of a natural person should also qualify as an inventor.  Furthermore, as a machine does not have a legal personality – which enables them able to own property – the machine’s owner (Dr Thaler in this case) should be the default owner of any intellectual property it produces.

The UKIPO did not follow Dr Thaler’s arguments, and refused the applications because the naming of a machine as an inventor did not meet the requirements of the Patents Act 1977. Moreover, the UKIPO was not satisfied that a valid transfer of rights from the inventor to Dr Thaler had been provided.

Dr Thaler appealed the decision of the UKIPO to the High Court of England and Wales, which recently upheld the UKIPO decision.

In deciding the appeal, Mr Justice Smith considered the question of whether the term ‘inventor’ could have a wide enough meaning to encompass both persons and things such as an AI. The judge concluded that it was quite clear from the statutory scheme contained in the Patents Act that – whatever the meaning of the term ‘inventor’ – a patent can only be granted to a person. This was because only a person can hold property such as an invention, an application for grant of a patent and the patent itself. If the Patents Act, according to the judge, had contemplated a thing owning another thing, it would have made that very clear. Moreover, since the Patents Act clearly specifies that “any person may make an application for a patent” the grant of a patent can also only be to a person.

Mr Justice Smith went on the say that while it is, in theory, possible for the definition of ‘inventor’ to be stretched in the way suggest by Dr Thaler, it seemed an unlikely construction of the Patents Act, and so rejected it. The judge said that there was a powerful argument in support of the definition of the ‘inventor’ as the person who was the actual deviser of the invention based on the words of the Patents Act itself and the case-law.  He concluded therefore that DABUS is not, and cannot be, an inventor within the meaning of the Patents Act, simply because DABUS is not a person.

Regarding Dr Thaler’s entitlement to be granted the patents, Mr Justice Smith decided that he could not be so entitled because, even if DABUS could be considered the inventor, it was not capable of conveying any property (such as the right to apply for and be granted a patent) to him. In Mr Justice Smith’s words: “Because DABUS is a thing, it cannot even hold property, let alone transfer it”.

In reaching his decision, Mr Justice Smith made it clear that he could only construe and not rewrite the Patents Act. He also made it clear that there had been no assessment of the factual assertions regarding DABUS’s capabilities or its role in the inventions. Whether DABUS was itself capable of an inventive concept was left unanswered. As a postscript, Mr Justice Smith did also leave open the possibility that one could argue that the owner or controller of an intelligent machine is the “actual deviser of the invention” and so would be the inventor.

With the expanding capabilities of AI the need for them to be dealt with in a suitable way by legal frameworks will become ever important. Legislation may need to be changed to take into account AI capabilities that might have been barely thought possible when the law was originally written.

The UKIPO has begun an open consultation on AI and patents, which asks: should patent law allow AI to be identified as a sole or joint inventor? Perhaps in the future it will be common for AIs to be considered inventors. That leads to perhaps a more difficult question – if a patented invention can be made by a machine, should a machine also be entitled to own the patent?

If you would like to discuss AI technology further, or any other IP matter, please do not hesitate to contact the author, or your usual Barker Brettell attorney.

Should an AI, with the equivalent capabilities of a human inventor, be treated in the same way for inventorship of a patentable invention?