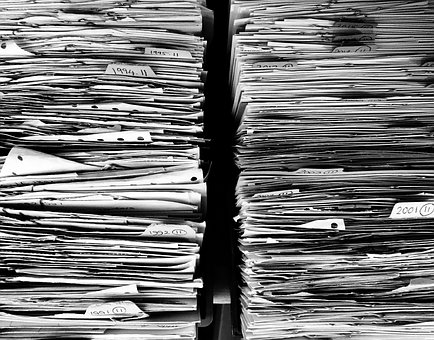 Are you ready? EPO announces changes to appeal procedure

On 1 January 2020, the rules governing procedure in ‘Appeals of Decisions’ made by the European Patent Office (EPO) will be changed. The new rules will bring in a host of changes relating to the procedure for appeals. One of the most significant changes will see a restriction on arguments, requests, amendments and evidence that appellants can submit. Appellants involved in existing appeals proceedings (and indeed anyone involved in ongoing examination or opposition proceedings) may want to consider taking action before the new rules come into force to ensure they have the best chance of success in a current or future appeal.

Within a period of nine months from the date of mention of grant, any interested third parties can oppose the grant of a European Patent. The Opposition Division then reviews the merits of the opposition or oppositions filed, and any counter arguments from the proprietor. An opposition is ‘inter partes’ and all of the parties can file comments and counter arguments. Similar to examination proceedings, if the Opposition Division issues a decision that one of the parties (the patent proprietor or opponent) disagrees with or is disadvantaged by, they can appeal the decision.

In the past, appellants involved in appeal proceedings have been able to submit new requests, arguments and evidence in support of their case during the appeal proceedings, up to final submissions for the oral proceedings. In recent years, the Boards of Appeal have made clear in their decisions that appeal proceedings should be limited to reviews of the contested decisions rather than rehearing of the whole case, and have started to limit the submission of new matter, insisting that all of a party’s case is included in the grounds of appeal. The new rules are an extension of these decisions.

What do the new rules mean?

Once the new rules come into force, the appeal process will become, more than ever, a review of the contested decision, rather than a re-hearing of the case. The ability of any appellants to submit new facts, evidence, arguments or claim amendments during the appeal proceedings will be more limited than at present.

What can be done to give appeals the best chance of success?

Cases already in the appeals process

Some appellants feel that there can be tactical advantages to withholding submissions until the opportune time. This is most certainly not the case at the EPO, especially under the new rules. In view of the new rules it is worth reviewing any pending appeals, and make sure that anything you may wish to rely on is on file with the EPO before 1 January 2020. If it is not on file it may no longer be possible to convince the Boards of Appeal to exercise their discretion to admit new material to the proceedings.

The EPO has, for some time, been making it harder to make new submissions, and so there is no guarantee that anything you file before 1 January 2020 will be accepted. However, it will almost certainly be harder to enter new submissions after this date.

Whether you are patent proprietor or opponent, it is also worth considering how the new rules of appeal may affect the opposition process. As with appeal proceedings, the EPO rules encourage you to file everything you may need to rely on as soon as possible. If you have facts, arguments, amendments, or evidence that will or may be helpful to your case, we would encourage you to file these as soon as possible. Even if the submissions do not appear to be necessary at this stage, it is worth ‘futureproofing’ the case, and ensuring anything that may be helpful is on file, in case an appeal is necessary.

In the early stages of examination, the new appeal rules are unlikely to affect the management of cases. However, as an application approaches the final stages of examination and a decision is imminent it may be necessary to consider whether there are any additional documents that can be advantageously filed.

In the vast majority of cases, the approach of a decision is preceded by a summons to oral proceedings. At this stage, the approach is similar to opposition proceedings – make sure you have all possible submissions and fall back positions on file, just in case an appeal is necessary.

If you have any European Patent applications already in appeal, or in opposition or towards the end of the examination process, and would like to discuss your options, please get in touch with your normal Barker Brettell attorney.

One of the most significant changes will see a restriction on arguments, requests, amendments and evidence that appellants can submit.