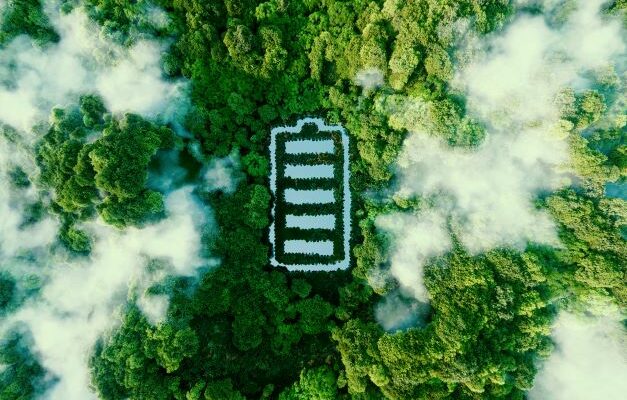 Net Zero has long been seen as an important goal in mitigating the effects of climate change.  Recently, the COP26 summit held in Glasgow laid down the framework in which this goal will be realised. A declaration, signed by over 30 national governments, that all new passenger cars and vans will be 100% zero-emission no later than 2035 in leading markets, and 2040 in the rest of the world, highlights the crucial role electric vehicles play in reaching the goal of net zero carbon emissions by 2050.

The importance of electric vehicles in efforts to reduce transport carbon emissions can be further seen in the domestic policy of individual nations with the Biden administration announcing an Executive Order to reach 50% electric vehicle sales by 2030 in the USA. Many nations including the UK, Norway and New Zealand have begun offering nationwide incentives for consumers to switch to electric vehicles. Over 420,000 pure-electric cars were reported to be on UK roads at the end of February 2022 with incentives, market pressure and restrictions to highly polluting vehicles continuing to fuel rapid growth in the electric vehicle sector.

However, the sector faces a major hurdle that must be overcome if growth is going to continue at this rate. While much of the bodywork of EVs relies primarily on relatively abundant material resources, energy storage is another matter entirely. Batteries used in electric vehicles currently offer lifespans of up to 10-20 years with many manufacturers only offering warranties for 5 to 7 years. In light of this, estimates suggest 12.85 million tons of EV lithium-ion batteries will go offline between 2021 and 2030.

Increased demand for the constituent materials has already had a staggering impact on the price of lithium salts, an essential component of current batteries. S&P Global Commodity Insights estimates the price of lithium carbonate rose from $9,000 to $55,000 per tonne in two years from February 2020 to February 2022. Driven by the ever-increasing demand for electric transport and other growing energy storage applications such as batteries coupled to domestic solar photovoltaic installations and brought to a head by the curtailment of anticipated mining plans in Chile and Serbia by local opposition, this price increase could greatly increase the cost of battery production, which may slow growth in the adoption of these technologies.

Developing batteries with higher energy densities and longer lifespans promises to reduce the per unit material requirements. As such, innovation in this field promises to alleviate some of the pressure that increased battery production will place on natural resources. There has been increasing development in this sector over the last few decades.  Recent policy changes will promote even stronger growth in the next few years with manufacturing giants such as Ford, Mercedes-Benz and Volkswagen all rushing into the space. Despite what is sure to be a huge push towards development, it is possible that this will not be enough to meet the ever-growing demand for electric vehicles.

Recycling of end-of-life batteries to recover valuable raw materials will have a role to play in meeting demand, and, with high input material costs due to tight supply, may become increasingly economically viable, as well as socially and politically appealing.

At the start of February 2022, a joint venture between Glencore and Britishvolt announced plans to develop a recycling plant in the South East of England capable of processing 10,000 tonnes of lithium-ion batteries a year. The facility is expected to be up and running by mid-2023 and will help to fill the current void in the UK recycling market. Once capacity is ensured, innovation in recycling technologies will play a crucial role in regenerating the highly valuable material constituents of batteries.

Traditionally, methods of lithium-ion battery recycling involve mechanically shredding the electrodes and treating the shredded materials with a chemical etchant or a solvent capable of dissolving the binder. Other known recycling methods include pyrometallurgical and hydrometallurgical metal reclamation.

Pyrometallurgical processes, which utilise a high-temperature furnace to reduce the component metal oxides to an alloy, are generally incompatible with reclamation of the electrolytes and plastics which can make up to 50% of the battery by weight. Importantly, this process currently doesn’t allow for reclamation of valuable constituents such as lithium salts. In addition to the limited number of materials reclaimed, there are also environmental drawbacks (such as the release of toxic gases and the requirement for hydrometallurgical post-processing), and high energy costs.

There is a growing number of innovative companies and research bodies working to improve battery recycling processes. Developing safe and cost-effective ways to recover battery materials for re-use has been recognised as a key factor in sustainably transforming transport.

The Faraday Institution launched its ReLiB project (Recycling of electric vehicle Lithium-ion Batteries) in 2018 with over £14 million in funding, which has supported the installation of new battery testing and storage facilities at the University of Birmingham. These facilities have allowed researchers working at the Universities of Birmingham and Leicester to develop a new separation method that utilises targeted ultrasound. The researchers appreciated that the three-component phase boundary between the active material, binder, and current collector or metal is crucial, and that high-powered ultrasound could be used to induce cavitation near that phase boundary. The implosion of bubbles formed by cavitation is used to induce shock waves in the material, prising apart the phase boundary mechanically, so physically separating the layers without any need of chemical reactions. The use of cavitation – rather than simply ultrasound vibrations – provides a much stronger, focused, force at the phase boundary, to tear apart the materials.

This innovation has the potential to provide a quick, clean, and continuous separation process, with automatically separated output streams, so allowing multiple different materials from the same battery to be collected and re-used.

Technological advancements such as this will pave the way for efficient recycling of batteries, key in making Li-ion batteries sustainable. This represents a key tool in facilitating the shift towards a more electrified future, steered by environmental concerns, changing consumer preferences and government targets.

Please visit our energy sector page to find out more about our sector expertise.