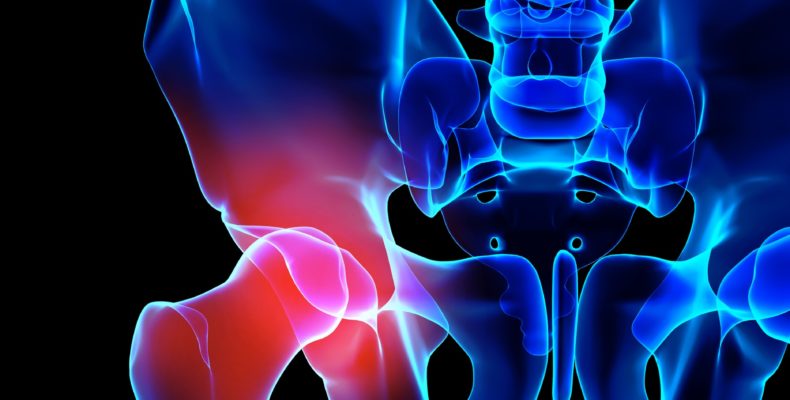 With so many of 2020’s headlines focussed on Covid and Brexit we can be forgiven for letting an important anniversary pass us by somewhat unnoticed – November 2020 marked the 50th anniversary of the first implantation of the Exeter hip.

The Exeter hip stem was cutting edge technology when it was introduced in 1970, significantly reducing implant failures when compared to other leading hip prosthetics of the time. Indeed, it’s still very much the leading hip stem implant on the market today. More than 2 million have been fitted since that first operation, and with 99 per cent of implants reported as surviving at 23 years following surgery you can see why.

A typical total hip replacement operation involves replacing a patient’s damaged hip joint with a prosthetic joint that mimics the natural motion of the hip.  First the head of the patient’s femur (thigh bone) is removed.  A metal rod, such as the Exeter hip stem, is then inserted into the bone.  Next, the acetabulum (a concave region of bone on the pelvis in which the femoral head is received) must be carefully shaped to remove damaged bone and so that the patient can be fitted with an artificial acetabular cup. An artificial femoral head is then fitted to the end of the rod implanted in the femur. The prosthetic femoral head is shaped to rotate within the prosthetic acetabular cup to mimic the motion of a ball and socket joint when the patient moves their leg.

With the ever-growing trend towards personalised medicine, and the continual improvements in 3D printing technology, it has recently become possible to custom print personalised titanium prosthetic joints. The question is, when we already have a system as successful as the Exeter hip, is there any advantage in doing so?

While the Exeter hip stem has a great track record, the reliability of prosthetic hips overall is not quite so good.  A 2019 meta-analysis in the Lancet suggests that approximately 58 per cent of hip replacements last 25 years – so 42 per cent fail within that timeframe.  Many factors can cause an implant to fail, including infection, loosening of one or more of the components, and dislocation of the joint.  Failure of a hip replacement can present as pain for the patient, sometimes accompanied by reduced mobility that can be extremely debilitating.  Such failed implants therefore require replacement (termed ‘revision’).  As lifespans increase and people remain active for longer, it is not unreasonable to expect that more and more patients will outlive their first prosthetic hip, and even their second.

The problem comes when trying to fit a new replacement joint to bone that has already been operated on once (or maybe more than once) before.  Often the femoral stem component of the hip replacement may still be viable, but the acetabular cup needs to be removed and replaced.  Removal of the existing implant can require removal of so much bone that it can become difficult, if not impossible, to fit such a patient with a standard sized implant.  Furthermore, failure of the implant may itself have damaged the bone significantly.

In 2014 Professor Douglas Dunlop, Consultant Orthopaedic Surgeon at Southampton University Hospital, carried out a hip replacement operation on one such patient.  After six hip operations which had left her with bone that was so weak and degraded it was unable to support a standard acetabular cup, 71 year old Meryl Richards was facing a future in a wheelchair unless she had a further operation, as her femur had punched up into her hip socket.

Using CT scans of Mrs Richards’ hip joint Belgian company Mobelife (now Materialise) used their patented ‘aMace’ system to create a 3D virtual model of her joint. In the resulting simulation, the designers removed Mrs Richards’ existing hip implants from the 3D model, creating an accurate 3D representation of the remaining bone. This was then used to design a customised implant that would fit within Mrs Richards’ damaged acetabulum.

The designers were also able to use the CT scans to determine the relative density of Mrs Richards’ remaining bone. This allowed them to plan the best sites for fixation screws to secure the custom implant to the bone, and to design bespoke drill guides to ensure that Professor Dunlop, when fitting the implant, would drill into strong bone at those pre-selected fixation sites rather than into weakened bone or, worse, important blood vessels.

The outcome was a 3D printed titanium implant custom designed to fit the exact anatomy of the patient, together with custom tools to help the operation run smoothly. Further, the implant included a porous rear surface that, together with a pioneering stem cell procedure, would encourage bone growth into the implant over time.

Six years on, Mrs Richards’ implant is still doing well. As discussed in IMechE’s December 2020 webinar: ‘What’s next for orthopaedic engineering?’, Professor Dunlop has since performed upwards of 20 non-standard hip replacements using stem cell augmented 3D printed implants, approximately one third of which were in patients having a pelvic discontinuity or fracture. He has found that the combination of image-guided pre-operative planning and 3D printed custom equipment can significantly reduce the complexity of such non-standard hip operations for a surgeon as well as reducing the risk and improving overall outcomes for the patient.

At present preparation of a custom titanium implant of the type used for Mrs Richards takes about a month, from design to delivery. 3D printing technology is moving forward quickly however, and we are potentially on the cusp of a revolution in orthopaedic surgery, whereby custom implants could be printed in a hospital overnight, or even during a surgical procedure.

For most patients such customisation is an extravagance – the standard Exeter hip would do just fine. But for patients with non-standard anatomy or complex prior implant failures 3D printed implants can be life changing.

If you would like to discuss orthopaedic or medical device technology in more detail, then please do not hesitate to contact the author, or your usual Barker Brettell patent attorney.