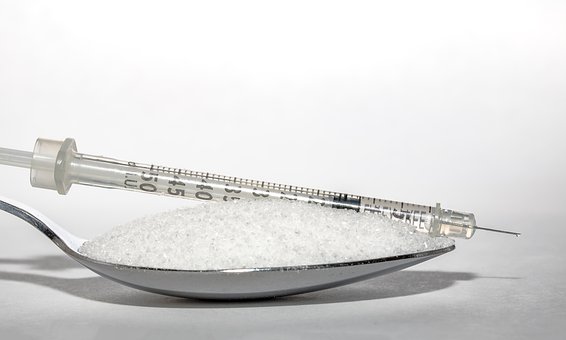 Shanks v Unilever: “Outstanding Benefits” for both employer and employee

After a 13 year legal battle – in which the inventor lost every previous round – the Supreme Court has ruled that Professor Ian Shanks is entitled to compensation for an invention he made whilst working for Unilever in 1982. This takes advantage of a little used statute that legislates for compensation to be provided to an employee-inventor when the invention is of “outstanding benefit” to the employer. Other than making Professor Shanks £2 million richer, what impact does this ruling from the UK’s highest court have for other inventors?

In 1982, as an employee of Unilever CRL, a research subsidiary of Unilever plc, Professor Shanks invented a new electrochemical sensor for measuring glucose concentration. This invention was patented by Unilever CRL and subsequently assigned to another Unilever company.

Unilever was not interested in working the invention themselves and instead granted multiple licences to other companies, for a total of £20.3 million. A few years later, in 2001, the patents were sold to a further company, along with the licences that had already been granted, for a further £5 million.

Professor Shanks made his application for compensation on 9 June 2006.

Section 40 of the Patents Act

Along with many other European countries, the UK has provisions for providing employees with compensation for their inventions, but only in specific circumstances. These circumstances are defined by statute as where the employee has made an invention belonging to the employer whereby the patent is of “outstanding benefit to the employer”. This benefit must be judged having regard to “the size and nature of the employer’s undertaking” and therefore, as with many aspects of the law, interpretation must be made of what exactly can be considered to be an “outstanding benefit”.

The case was first brought before a hearing officer of the UK Intellectual Property Office, with Unilever the victors, before being unsuccessfully appealed to the High Court, Court of Appeal, and then finally finding itself at the Supreme Court. Unilever’s arguments throughout these proceedings were that the total £24.3m benefit to Unilever from this patent was wholly insignificant in view of the turnover and profits of the company, even though the rate of return on the patents was higher than was usual.

The counter-argument was that this effectively made Unilever “too big to pay”, as any benefit to the company from a single product line would always be dwarfed by the profits from the wide range of products Unilever produces.

After consideration of these points, the Supreme Court determined that a more nuanced approach was necessary to determine whether or not any benefit to Unilever was “outstanding”. In particular, rather than simply comparing the total net benefit of the patents compared to the profits of Unilever, it was noted that Unilever did not engage in many licensing deals and that there was no evidence of any other licensing deal bearing an income the same or greater than the patents in question. Moreover, the patents had a very high rate of return and Unilever had not had to expend much effort to commercialise the patents as the licenses had been largely been sought out by buyers. Finally, there had been little commercial risk and the profits realised had not required the assistance of Unilever’s extensive assets, infrastructure, or any leverage that it enjoyed due to these. In short, the benefit was determined to be outstanding.

It therefore remained to consider what would be fair compensation for Professor Shanks. This decision must be made in view of the nature of the employee’s duties, the effort and skill expended by them, effort and skill expended by others, and the contribution made by the employer to the making, development, and working of the invention. In the original Patent Office hearing, the Hearing Officer had considered this matter even in view of his decision not to award compensation. Taking into consideration all of these aspects, as well as evidence relating to company and university employee compensation schemes, he determined that an appropriate level of compensation would be five per cent. The Supreme Court found this determination to be reasonable.

Professor Shanks was therefore awarded £2m in compensation, much of which will, as has been reported, be spent on the legal costs involved in the 13-year long case.

In short, the judgement would seem to be good news for inventors. Hearing Officers in future cases will know that they should consider far more than a simple comparison of patent-related profits to total profits in order to determine an outstanding benefit to an entity, and this opens the door to inventors who previously may have been deterred from making claims by the size of their employing companies. However, given the complicated considerations required, inventors may still have their reservations as to whether the potential costs of bringing a claim are reasonable in view of a case which could go either way, never mind the fact it’s taken 13 years to come to a final decision.

It therefore stands to be seen whether this decision will result in a slew of new claims for compensation, or whether this, only the second case to have been determined in the inventor’s favour, will remain one of very few cases brought under section 40 of the Patents Act.

The UK has provisions for providing employees with compensation for their inventions, but only in specific circumstances.