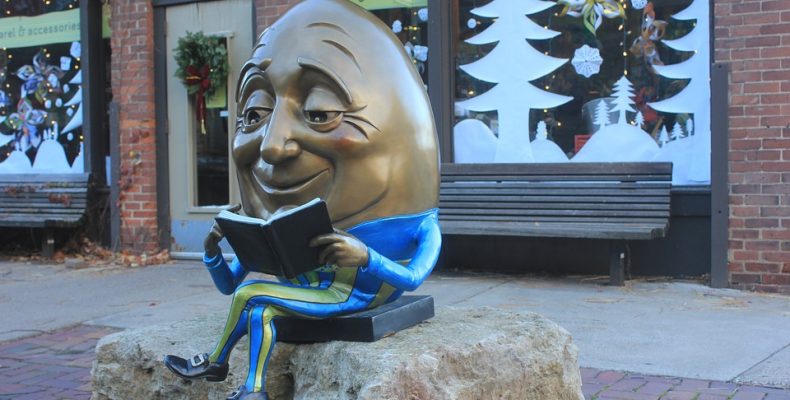 What does a patent mean? Humpty Dumpty is given his marching orders…

While Humpty Dumpty may have said in Alice in Wonderland: “When I use a word, it means just what I choose it to mean – neither more nor less.”, today the UK Supreme Court issued an important decision on what a patent means and so what the scope of a patent is.

The claims are probably the most important part of any patent, as they describe the coverage given by the patent. In the strictest sense, if something falls within the invention as described by a claim, then it infringes a patent; if not, it does not. However, this bright line, while clear, has been for many years thought to be unfair to patent owners. As such, many jurisdictions have a legal rule where a patent can cover things which are ever so slightly outside the wording of the claim. In the United States, this is known as the doctrine of equivalents, where in some circumstances the equivalent to a part of a claimed invention can be swapped and still fall within the scope of the patent.

In the UK, the test for whether something falls within the claim has evolved over the last 20 years. Until around 2005, the UK courts applied what were called the ‘Improver’ or ‘Protocol’ questions, which asked whether a variant to the invention worked in the same way as the literally claimed invention, whether that would be obvious to the skilled person, and whether the skilled person would understand from the text of the patent whether the patent owner intended strict compliance with the wording of the claim. As such, if the variant worked in the same way as the claimed invention, there was potential for the patent to cover it. Two notable examples of where the variant test was applied were a concrete lintel with a slightly slanted edge, where the claim which said that the edge was vertical (which was held to infringe); and a depiliator which used a rotating rubber rod with slits to remove hairs, where the claim required a rotating spring (which was held not to infringe).

However, that changed in Kirin-Amgen Inc. v Hoechst Marion Roussel Ltd, where Lord Hoffman (in the House of Lords) asked a very Humpty Dumpty-ish question: “What the person skilled in the art would have understood the patentee to be using the language of the claim to mean?”. As such, there was less scope for looking at how the invention worked in working out whether a variant did infringe, only what the patent owner meant.

This has all been changed by today’s decision of the Supreme Court in Actavis UK Limited v Eli Lilly. In that decision, Lord Neuberger held that Lord Hoffman had been wrong to conflate the question of infringement with that of the fair scope of the claim. As such, he restored the ‘Improver’ questions, slightly reformulated. As such, it is now permissible to look at how a variant works. Lord Neuberger set out the following questions:

He then answered these questions for the invention in this case, a drug, which was claimed as permetrexed sodium, but which was potentially infringed by the sale of permetrexed potassium, a different compound. Lord Neuberger found that there was no question of literal infringement as they were clearly different things, but that the end effect was the same and everyone would realise this. He therefore held that the patent would be infringed using permetrexed potassium.

He also said that it was legitimate in very exceptional circumstances to look at the correspondence between the patent office and the applicant for the patent, but only in two circumstances: if the meaning of the patent was in some way completely unclear, and the correspondence would clear that up unambiguously, or if it were contrary to the public interest – for example if the applicant had said that the application would not now cover a particular product but then tried to argue later that it did. Courts in the UK have been historically very reluctant to look at this correspondence (the prosecution history, or file wrapper) but now are free in some circumstances to make use of it.

This decision is helpful to patent owners, as it should make it easier for them to try and cover variants of the invention which do not fall within the literal wording of a patent but work in the same way. However, applicants for patents will need to be careful what they say to the patent offices, in case that later comes back (like the ghost of Humpty Dumpty) to haunt them.

The Court has issued an important decision on what a patent means and what the scope of a patent is.