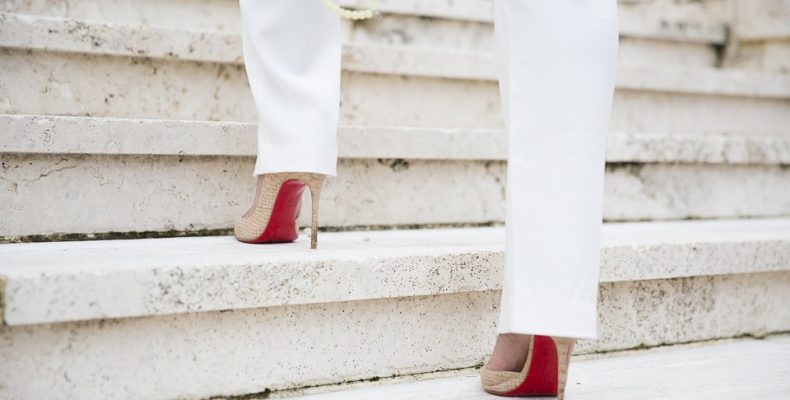 The European Court of Justice (ECJ) has clarified that the red sole trade mark did not constitute a shape mark and therefore, is a valid registration (provided that it was also distinctive) under the previous EU Trade Mark Directive (2008/95/EC) (2008 Directive).

Christian Louboutin owns an EU shape trade mark registration which consists of a specific shade of red as applied to the sole of a high-heeled shoe, depicted within the registration as per the image below. 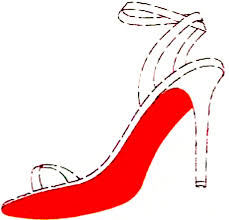 In 2012, a Dutch shoe retailer called Van Haren Shoenen BV (‘Van Haren’) started selling high-heeled women’s shoes with red soles. In 2013, Christian Louboutin sued Van Haren in the District Court of The Hague in the Netherlands for infringement of its red sole trade mark. Van Haren counterclaimed Louboutin’s red sole trade mark registration was invalid because it consisted exclusively of a shape ‘that gave substantial value to the goods’. Under EU trade mark law applicable at the time, if a shape trade mark gives substantial value to the goods it is applied to, that is sufficient to refuse registration (Article 3(1)(e) of the 2008 Directive).

Referral to the ECJ

The Advocate General (AG) opined that a trade mark combining colour and shape, such as Louboutin’s red sole trade mark, could be refused or declared invalid if it gave substantial value to the goods. The AG suggested how to analyse whether Louboutin’s red sole trade mark gave substantial value to the high-heeled shoes, stating the analysis had to relate only to the intrinsic value of the shape and take no account of the attractiveness of the goods flowing from the reputation of the trade mark or its owner.

The ECJ did not follow the AG’s reasoning and simply held that Louboutin’s red sole trade mark is not a shape trade mark. This is perhaps not that surprising as before the referral of the Court of the Hague, the Brussels Court of Appeal had actually already answered this question in a similar case involving Louboutin (Louboutin/Van Dalen, IEFbe 1058, 18 November 2014) where it was held Louboutin’s red sole trade mark was not a shape trade mark and so the Brussels Court subsequently ruled that the trade mark had a distinctive character and found that there had been infringement.

In the case concerning Van Haren, the ECJ determined that the red sole trade mark does not relate to a specific shape of a sole for high-heeled shoes, since in the description of the trade mark it is explicitly stated that the contour of the shoe does not form part of the trade mark and is purely intended to show the positioning of the red colour. It is expected that the Court of The Hague will now rule that Louboutin’s trade mark is valid, and confirm the infringement.

EU Trade Mark law has recently undergone a little shake up, so this case poses some interesting questions. Would the same decision have been reached under the new, differently worded Trade Mark Directive (2015/2436/EU) (2015 Directive)? Will a coloured sole constitute ‘another characteristic’ within the meaning of the 2015 Directive and, if so, how do you assess whether a characteristic gives substantial value?

The latter question has had many trade mark practitioners scratching their heads for years – a shape must be distinctive to be inherently registrable, but not so distinctive so that it adds substantial value. When and how is that line crossed? For that we must wait until the next challenge, but in the meantime, if you would like any further information on this subject, or any other IP matter, please get in touch with your usual Barker Brettell attorney who will be able to advise you.

The red sole trade mark did not constitute a shape mark and therefore is a valid registration.