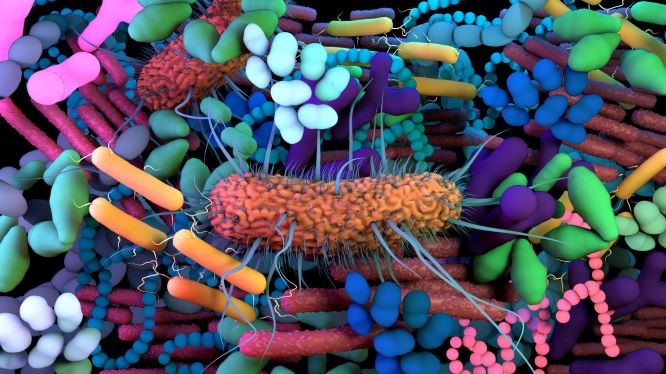 Purchasing habits across the Western world are evolving, and one of the major drivers of changing Fast-Moving Consumer Goods (FMCG) consumption is a more health-conscious consumer.

Gut health continues to gain popularity in Western markets among consumers that pursue a holistic approach to healthy living.

The gut is well known to be the main location of human microbiota, and the microbiome is now generally regarded as a ‘virtual organ’ of the body.

The human genome consists of an estimated 30,000 genes, whereas the microbiome encodes over three million genes producing thousands of metabolites, which replace many functions of the host.

The genetic diversity found within our gut microbiota even allows us to digest compounds via metabolic pathways not explicitly coded for in the mammalian genome.

The correlation between reduced diversity and disease indicates that a genetically diverse gut ecosystem is more resilient against environmental influences. Consequently, genetic diversity seems to be a reliably good indicator of a ‘healthy gut’.

Researchers are continually studying the benefits of probiotic food and drinks, which restore the composition of the gut microbiome and introduce beneficial functions to gut microbial communities, testing everything from their effect on viral diseases such as the common cold to their ability to reduce symptoms of inflammatory bowel disease.

Like the gut, the skin has its own unique ecological community consisting of millions of bacteria, fungi, and viruses. We have long been aware of the health benefits of maintaining the right balance in the gut microbiome, however when it comes to our skin, bacteria have generally been perceived as something to be removed

This narrative is starting to change in scientific circles. Today, it is becoming more and more widely acknowledged that the skin microbiome is key when it comes to enhancing the appearance of our skin – addressing the causes of skin conditions rather than just the symptoms.

The majority of skincare products that can be found on the shelves contain ingredients such as preservatives, essential oils, fragrances, and surfactants, in concentrations that eradicate the majority of commensal microbes.

Probiotic cosmetics is an exciting and rapidly growing market, with consumers searching for efficacy on general skin health, as well as for more specific skin concerns such as acne and eczema.

However, when it comes to obtaining protection for probiotic inventions, things can become more complex than expected.

One notable complication at the European Patent Office relates to the patentability of organisms obtained using essentially biological processes. Without careful consideration when drafting patent applications, applicants may find themselves on the receiving end of objections relating to non-patentable subject matter.

According to Rule 28(2) of the European Patent Convention (EPC), a bacterium as it exists in nature would not be patentable subject matter. However, bacteria can be, and often are, modified in order to produce new strains possessing properties that differ from those of the natural strain.

Such a modified bacterial strain may potentially be patentable, especially if it is created by purposeful alteration of genes using classical genetic (mutation, conjugation, transduction or transposition) or molecular biology (recombinant DNA, CRISPR) techniques. For example, European Patent EP2318513A1 relates to novel strains of Lactobacillus Plantarum for use as probiotics.

New methods to positively impact health using a bacterial species may in some cases also be patentable, even if the strain is naturally occurring. For example, European Patent EP1945235B1 provides a probiotic product for controlling weight gain.

Combinations of known species may be patentable, even where the species are already used for their health benefits, if it can be shown that the combination is unexpectedly efficacious compared to the components individually. See, for example, European Patent EP1359816B1 which relates to combinations of probiotics for stimulating the immune system and for general health improvement.

Inventions relating to probiotics but not directed to the probiotics or their uses per se, such as new manufacturing methods, new methods of preservation of the bacteria, or other such probiotic-related activities may also be patentable, such as in European Patent EP2605669A1, which provides a method for improving the survival rate of probiotic strains.

In addition, importantly, trade mark registration is essential to protect the integrity and exclusivity of brands, safeguarding corporate identity as well as product names and services. Registration confers exclusive rights to the use of a trade mark and is vital to protect key marketing functions and investment spend both of which are essential in the traditional marketplace and online. Trade marks serve to build value for the owner and such intangible rights are often extremely valuable business assets, especially in this developing and increasingly important commercial sector.

Barker Brettell has a dedicated cosmetic group as well as a food and drinks group. If you would like to discuss options for protecting your invention, please get in touch with the author or contact your usual attorney.

When it comes to obtaining protection for probiotic inventions, things can become more complex than expected