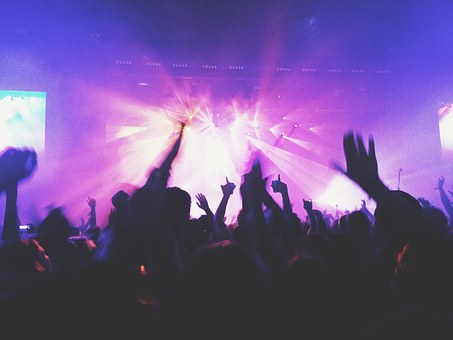 If you’re ‘Crazy In Love’ with your brand, chances are you will want to ‘Ring the Alarm’ when you discover a third party is using your ‘Irreplaceable’ trade mark and send them a sternly worded cease and desist letter. Some infringers respond as if they are wearing a ’Halo’, profusely apologising and complying with all demands. Others may resist until the ‘End of Time’ causing a brand owner to have ‘Déjà Vu’ with repeat offenders. But others may take the receipt of a cease and desist letter as a ‘Green Light’ to take to social media to highlight the unfairness and unnecessarily aggressive behaviour of the brand owner, even in technically clear cut cases of infringement, allowing the public to admonish the ‘Ego’ of the brand owner.

A legal matter concerning global pop icon Beyoncé – hence all the song-title references in the introduction – and a small dance school in Sydney, Australia, illustrates this entirely. In response to demands to learn Beyoncé’s famous ‘Single Ladies’ dance routine, the Australian dance school set up a number of classes to learn the signature dance moves, using various signs and indicia associated with ‘Queen Bey’. The classes were a success and quickly expanded. Unsurprisingly, the school received a cease and desist letter from Beyoncé’s fierce legal team outlining how Beyoncé’s rights had been infringed, providing 14 days to comply with various demands including the removal of any references to Beyoncé from the school and it’s classes as well as requests to refrain from using the name ‘Bey’, use of Beyoncé’s music and dance moves as well as mentions on social media.

I discovered this case via social media after noticing comments full of outrage and how ‘ridiculous’, ‘unfair’ and ‘unqueenly’ it was of Beyoncé to do this. That may seem the case to some, but the Australian dance school appeared to be infringing established intellectual property rights and Beyoncé appears to have had a legitimate interest in taking action. In this particular case, the Australian dance school had apparently sought advice before commencing their classes and they had been told there was a risk that Beyoncé could pursue them but, they took that risk anyway. However, from the social media comments read by the author, it seems that many had taken a poor view of Beyoncé’s (or perhaps more accurately, her management team’s) decision to pursue this matter.

There is much discussion about the impact of social media on modern life, and in the context of commerce, social media is essential for any business to maintain brand presence. Its immediacy allows brand owners to stay connected to their consumers however, the paradox is this immediacy can also contribute to a brand owners swift (and potentially permanent) down fall. Infringing parties can seemingly sway public opinion to suggest they have done nothing wrong. Or rather, seemingly in this case, the public jury seems to determine what is right or wrong, notwithstanding the position of the law.

When a favoured brand seeks to assert its rights and protect all the hard work behind that brand, it is deemed aggressive, unfair and bullish. But is it really fair that a party which has worked hard to establish a successful brand is then expected to simply share the goodwill it has worked so hard to create? The answer is fundamentally no, however, the prevalence of social media should make brand owners think twice, but not if they should enforce their rights, but how.

An IP professional should advise that just because your rights are technically being infringed it doesn’t automatically mean you should take litigious action. If you aren’t experiencing any commercial loss perhaps litigation isn’t the answer, but of course something may still need to be done to control reputation. That is not to say a brand owner shouldn’t take any action at all as the omission to act may have legal consequences, but rather a brand owner and its IP advisors should be more creative in the approach. Not only should the legal teams be wary of the tone of the letters (as our recent article explains here), but they should also remember that any communication may not stay private – all it takes is a couple of photos on a smart phone and the letter becomes viral. So perhaps take control and communicate on a business to business level before getting lawyers involved, perhaps via a social media platform.

When considering whether to enforce IP rights, a brand owner has always had to consider PR risk. Before the rise of social media, often initial approaches and cease and desist letters were received and dealt with behind closed doors – most printed publications were only interested in the juiciest of infringements. But the immediacy of social media makes it much easier for any would be infringer to play the victim card and shout ‘David and Goliath’ type bullying behaviour when a brand owner is justifiably asserting their rights. This renders social media a contradictory tool that brand owners should both exploit and be wary of at the same time.

If you would like further information on this subject, or any other IP matter, please get in touch with your usual Barker Brettell attorney who will be able to advise you.

Is it fair that a party which has worked hard to establish a successful brand is then expected to simply share the goodwill it has worked so hard to create?