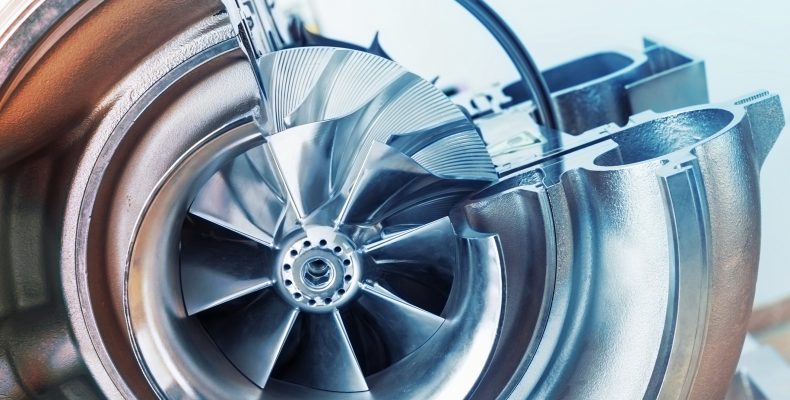 What do you get if you cross a turbocharger and a supercharger?

For those expecting a witty punchline, I apologise. However, for those more interested in ‘punchy’ acceleration, the development of the electric turbocharger will provide a suitably exciting answer in itself, despite its potentially misleading name (see below).

A quick lesson for those not ‘in the know’

Both superchargers and turbochargers increase engine power by increasing the density of the air-fuel mixture being burned. Each does this by compressing incoming air, but the energy to run the compressor comes from different sources – a supercharger is driven directly by the engine while a turbocharger uses the energy of expelled exhaust gases to the same end.

There are significant downsides to both options, whereby superchargers compromise on efficiency through increased engine drag and turbochargers cannot operate at low engine speeds. Each of these negative effects is accentuated by more powerful versions of each.

So is ‘electric turbocharger’ a misnomer?

Perhaps. I’ll let you make your own mind up; we’re not here for pedantry.

The simplest electrified form of forced-induction removes the belt between the engine and a supercharger and replaces it with an electric motor. Thus, an ‘e-supercharger’ can provide additional power without the downsides associated with a direct link to the engine speed.

Considering now a basic e-turbocharger, an exhaust-driven turbine is added, that operates in the conventional manner. However, the motor driving the compressor means that turbo-lag is eliminated, while a larger turbo can be used to high big top-end boost; a technology used in F1 ERS. So it could be argued that an e-turbocharger is really a turbocharger coupled to an e-supercharger, but that’s just semantics. It is this system that has made its way to production on the 2017 Audi SQ7, where an e-supercharger spools a small turbo to 70,000 rpm before a larger turbo takes over at high powers.

Taking the e-turbocharger to its extreme, Aeristech has successfully patented a mechanically-decoupled turbocharger, i.e. where the turbine, which is driven by exhaust gas, has no mechanical connection with the compressor acting on inlet air. This innovation, patented as EP 2 102 469, links the two parts electrically, with the turbine driving a generator and the generator supplying electrical energy to power the compressor. The advantage: the turbine can operate at its most efficient speed and the compressor can provide air at the rate best suited to the engine speed, this rate not being dictated by the turbine. Of course, the system also allows the compressor to operate on battery power, so lag is eliminated.

Weighing up the potential increase in efficiency with the losses of converting exhaust power to electrical energy before use makes the specific advantages hard to determine, out of hand, but it does beg the question:

Where will this technology go next?

That’s for the innovators to determine. With full-electric cars in their relative infancy, and electrified forced-induction only now entering the fray on production cars, there is surely some progress to be made. However, the push towards hybrid vehicles does mean that there is another option, whereby electric power is provided directly to the wheels, assisting the engine before a turbocharger can provide assistance. With this technology also being deployed – headline-grabbers including the McLaren P1 and Ferrari LaFerrari – and the fact that economic and practical reasons effectively preclude their combination, perhaps the e-turbocharger is just a little too late.

One thing, however, is for certain: there’s still a lot of room for innovation concerning the combination of electricity and internal combustion.

The development of the electric turbocharger will provide a suitably exciting answer in itself.