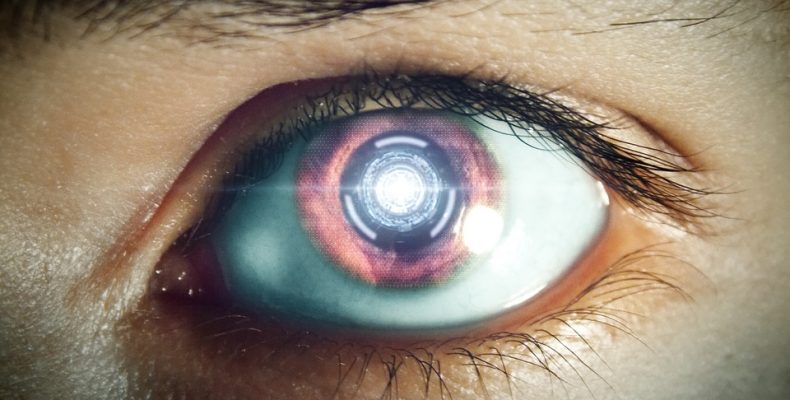 Prostheses are probably first in mind when considering the world of bionic technologies. The use of muscular movement to generate movement of prosthetic limbs has long been a staple of medical technology. In recent years, exoskeletons – equipment attached to disabled and able-bodied alike in order to provide strength or movement otherwise unachievable – have been developed by such big technological players as the US Department of Defence’s DARPA. Clearly there is big interest in the next new innovation. However, a limiting factor in many of these developments has been the interface between man and machine, with the Holy Grail being the creation of a perfect linking of brain and technology, the neural interface.

The development of a neural interface has been approached in many different ways. As an example, the treatment of locked-in syndrome – where a patient is cognitively aware but incapable of movement or communication – has been a proving ground for many of these technologies. At first, electroencephalography (EEG) was used to read electrical signals externally, but this suffered from issues with speed and precision. Direct implants improved these issues, but were liable to movement and therefore not of use in the long-term. The neurotrophic electrode, developed by Dr Phillip Kennedy in 1996 and tested through self-implantation, proved the efficacy of implanted electrodes by providing a structure into which the brain could grow.

Approaching a neural interface to solve a different problem, Second Sight Medical Products started off with a retinal implant to stimulate the optic nerve, providing a form of sight to patients blinded by retinitis pigmentosa. Now looking to extend their technology to all forms of blindness, they too look to provide direct brain stimulation through an array of electrodes implanted adjacent to the visual cortex. Whilst still in the early stages, this really shows that neural interfaces from device to brain are progressing at an astounding rate.

But what about direct brain to device interfacing? Facebook, the social network turned cutting-edge innovator, has recently announced projects to develop this area in a big way. With aims to enable 100-word-per-minute typing through thought alone and hearing through the skin, completely bypassing the ear, it seems the sky is the limit for Zuckerberg et al. What’s more, the end goal is to provide such technology through mainstream devices without any of the risks associated with the implants described above.

Proof of the conceived importance of this technology sector can be seen in the money being made available. In the US, Bryan Johnson, an online payment entrepreneur, has injected $100m to a new company called Kernel, which aims to be able to self-proclaim to seek “collaboration between the natural and the artificial”. Meanwhile, Elon Musk, of SpaceX and Tesla fame, has recently announced he will be seeking neural interfacing through his new company Neuralink, and DARPA is injecting $60m into contracts for the same.

On this side of the Atlantic, Imperial College London has a section of its Institute of Biomedical Engineering dedicated to advancing neural interface technology. The Next Generation Neural Interfaces Lab, funded by various sources including the Engineering and Physical Sciences Research Council, and Innovate UK, shows there is both interest and money available to develop the technology. The University of Cambridge has also been involved, working to integrate graphene with neurons, in a merging of the two areas.

With big business throwing their weight behind the development of neural interfaces, and funding available alongside, it really does look like the next big thing in terms of technology. In this age of swift technological uptake, neural interfacing could have an explosive effect on other technologies if it delivers even a fraction of what is being promised by its early investors. An area of enhanced interest, yet still young in technological terms, a raft of innovation looks likely in the coming years. Watch this space (with your new bionic eyes).

‘Neural interfaces from device to brain are progressing at an astounding rate.’