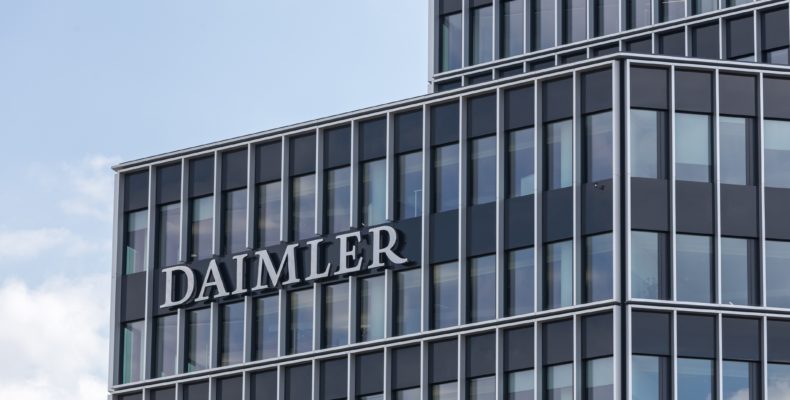 The decision concludes a lengthy suit between Daimler, the owner of Mercedes-Benz, and Nokia. Daimler utilise cellular technologies in their cars in order to provide autonomous driving and connected vehicle features. Nokia alleged that Daimler infringed their SEP, EP2981103, by using these technologies and brought proceedings against Daimler in several German courts.

European competition law requires an owner of an SEP to offer an infringer of that SEP a licence under FRAND (fair, reasonable and non-discriminatory) terms. This includes extending a licence to any contributing party to the infringement. In the Nokia v Daimler case, Daimler complained that Nokia had not offered a licence under FRAND terms. Nokia wanted to charge Daimler a fee per car produced that utilises the patented technology and did not offer to extend a licence to Daimler’s suppliers. Nokia argued that FRAND terms do not give suppliers a right to a licence, merely a right to access the technology.

During proceedings in the case, Germany’s Federal Cartel Office, who is responsible for enforcing competition law in Germany, requested that the Mannheim court refer the question of whether or not FRAND terms require extending a licence to suppliers of an eventual primary infringer to the CJEU. This request was rejected by the Mannheim court.

It has been established by case law (see the decision from the Court of Justice of the European Union (CJEU) in Huawei v ZTE) that the requirements for granting an injunction in a case of infringement of an SEP include: 1) that the holder of the SEP offers the infringer a licence under FRAND terms; and 2) that in the event that the infringer rejects the FRAND licence offered by the SEP holder, the infringer must have provided a counter offer under FRAND terms.

In August of this year, the Mannheim court found that Daimler did infringe Nokia’s SEP and had failed to take a licence under FRAND terms. The Mannheim court granted an injunction which would enable Nokia to prevent Daimler from selling cars in Germany.

The decision in the Nokia v Daimler case leaves two unanswered questions: 1) Do FRAND terms require a licence to be extended to suppliers of an infringer of an SEP?; and 2) Are the requirements for granting an injunction in cases of SEP infringement established in Huawei v ZTE still applicable? Question 1) remains unanswered due to the court’s rejection of the request to refer the question to the CJEU. The decision to reject the request has come as a surprise to many. The answer to question 2) is unclear, as an injunction was granted seemingly without properly concluding whether Nokia offered a licence under FRAND terms. Daimler has stated that they intend to appeal the decision.

The court requires Nokia to post a substantial bond (€7 billion) if they wish to enforce the injunction. This is to cover substantial damages due to loss of sales should Daimler be able to overturn the injunction in a higher court. This figure demonstrates that the stakes involved in SEP licencing are extremely high. Automotive manufacturers utilising telecoms SEPs: take note.

If you would like to discuss any of the issues or technology mentioned in this article, please contact the author, Thomas Hodson, or your usual attorney.

This addresses the issue of licencing telecoms SEPs utilised by automotive manufacturers.